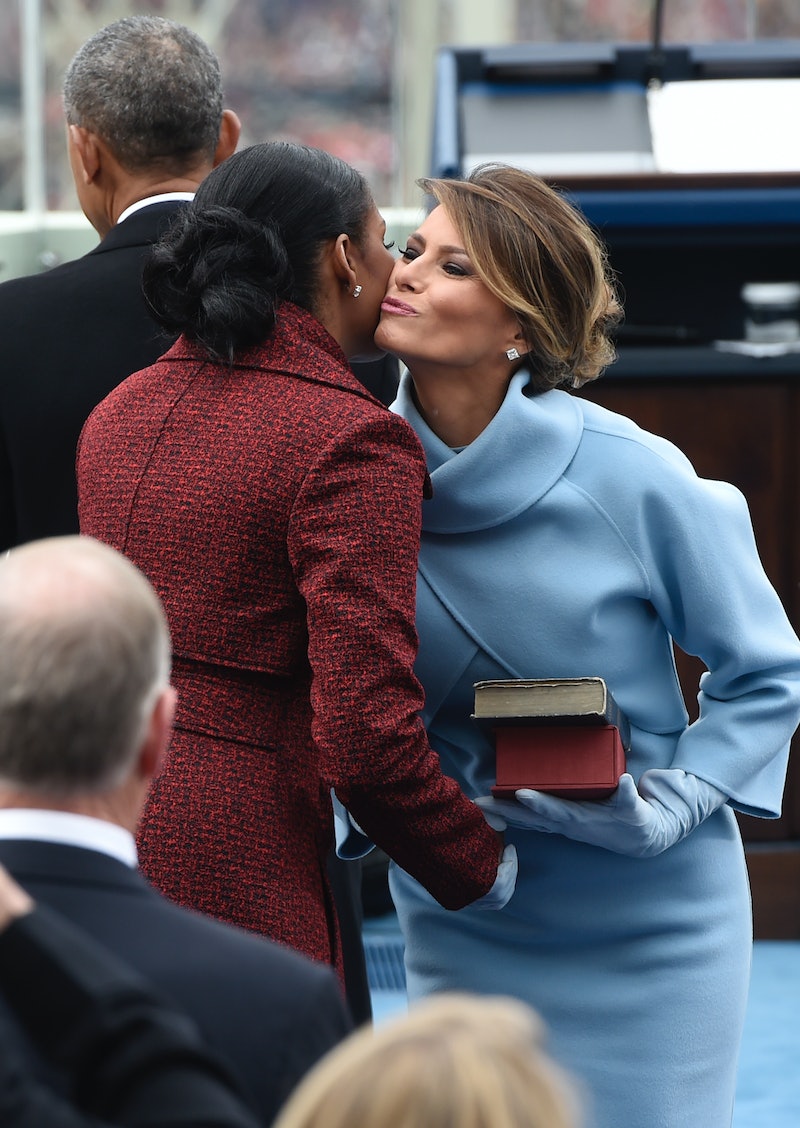 What are the holidays if not a time to compare the traditions of those who came before us? That's especially true when it comes to presidential administrations. For example, comparing Melania Trump's Christmas decorations to Michelle Obama's reveals slightly different styles, but a similar taste for opulence. While Michelle had eight years' worth of choices, Melania has coordinated the decorations of the White House for two years. But Melania's husband has filed for re-election, so she could get eight chances, too.

The tradition of a White House Christmas tree started with President Benjamin Harris in 1889, according to The Washington Post, but previous presidents likely had trees before that. However, the tradition of the official White House Christmas tree in the Blue Room didn't take hold until 1912 when President William Taft's children set up a tree as a surprise for younger kids, according to the newspaper.