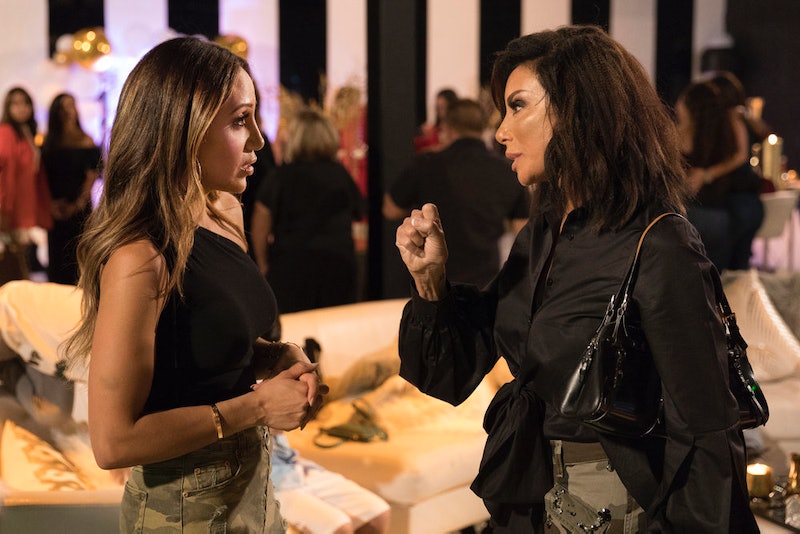 Families are complicated, and they’re even more complicated when you’re a cast member of the Real Housewives Of New Jersey. It means that every disagreement you have with your kin — you know, the ones where you say terrible things to each other and then forget about them fifteen minutes later — are broadcast for the world to see. Melissa Gorga is exploring an even more delicate situation on Season 9 of Real Housewives Of New Jersey — Melissa might have another sister that she and her family never knew about. Melissa has explored in the past the possibilities of contacting this woman, but in telling her mother and sister, she may be closer to reaching out than we think.

This, as many dramatic storylines on Real Housewives franchises do, all started with a psychic/medium reading. Can you remember any season of any city that doesn’t have at least one woman shilling paranormal tales to the cast? I assume Andy Cohen has them all on payroll. Anyway, in this case, Melissa was told that she doesn’t just have two sisters and that her father, who reportedly cheated on her mother, may have had another daughter with another woman. Melissa’s father has since passed, so it’s not like she can ask him for verification about any of these accusations.

Instead, Melissa sat down with her mother, Donna, down, with her sisters, Kim and Lysa, and tell her mom exactly what she was told — that her father wanted her to know that there was another baby in the mix. At first, Donna didn’t believe it, but she said that she’s forgiven their father for everything he did, so she can accept this and accept another baby as a part of the clan, should said baby even exist. It’s an amazingly chill thing for Donna to do, but I guess she has come to a point where she has to move forward and can’t be stuck rehashing her husband’s indiscretions. “The kid is innocent,” she says.

So, has Melissa found her long-lost sister? Of this season of Real Housewives Of New Jersey, Melissa told Cosmopolitan, "You’re going to see more personal things about my mom, my sisters, and things about my father that come to light. They really just came about naturally during filming, so it was kind of crazy, but it happened while the cameras were rolling." If they are going to come about naturally during filming, well, that explains why Melissa hasn’t said much else about potentially having another sibling. Fans will apparently see this all play out throughout the season.

Of course, Melissa has no idea how this potential sister will react to being found, if she is, and if they do begin a relationship, it’s hard to say whether or not said sister will want to start it all on camera. That’s a lot to ask of a person — pluck them from their regular life, tell them they have another family, and then hand them a release from Bravo to film it all. It’s a lot to digest, and perhaps Melissa’s taking it slow and not saying much about it is being respectful of everyone involved. This is a huge turning point for her, if she has another sibling, and for now, Melissa is playing it cool, hopefully so that everyone can adjust before the Real Housewives Of New Jersey camera lights come on.