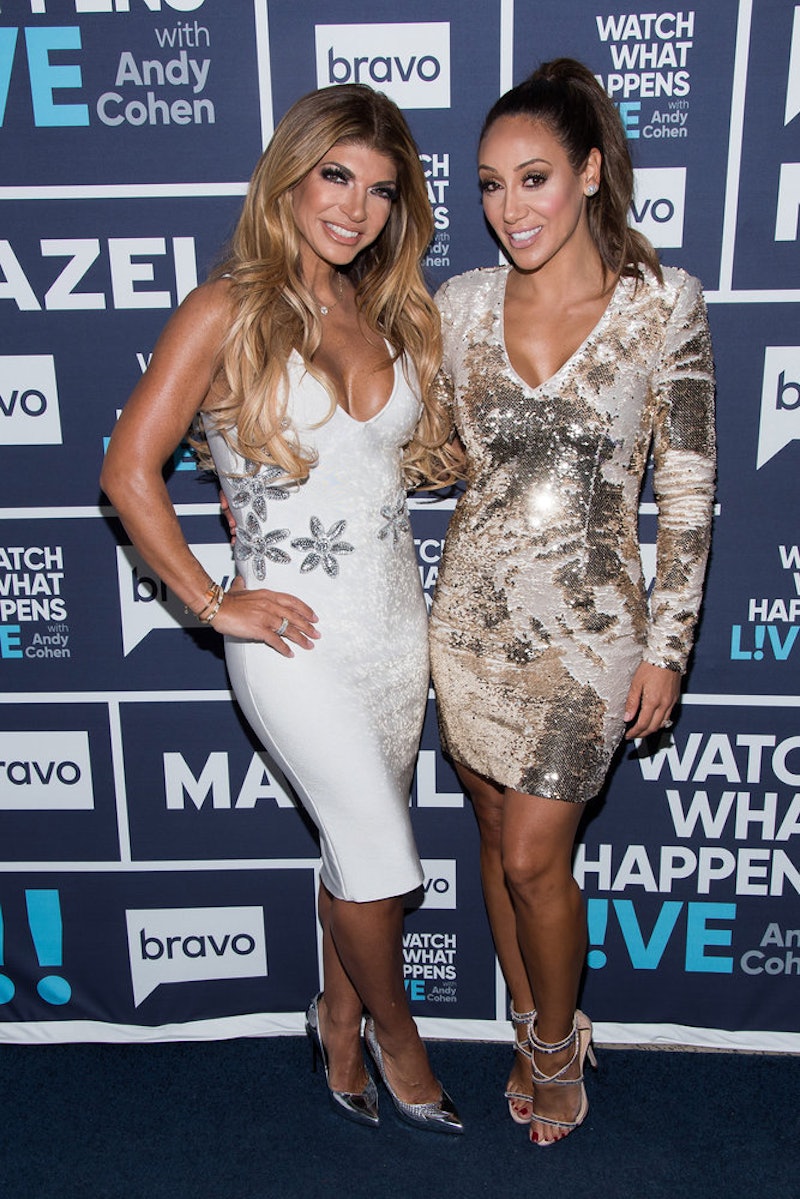 Real Housewives of New Jersey fans know that the holidays haven't always been happy for sisters-in-law Teresa Giudice and Melissa Gorga. Nevertheless, the viewers should be happy to know that Teresa Giudice and Melissa Gorga celebrated Christmas together. And yes, there were sprinkle cookies involved, of course. As avid fans recall, Teresa infamously threw out a tray of sprinkle cookies that Melissa brought to her home for Christmas Eve back in the day. It has been a running joke within the family and among the RHONJ fandom ever since.

The New Jersey Housewives have a long history of feuding, especially over Christmas Eve hosting duties (including the dessert selection). However, the two finally made peace during Season 7 of the show, which lasted all the way through Season 8.

Unfortunately, for their family and the viewers, the same cannot be said about the show's current season, Season 9. At this point in the season, the two just can't get on the same page. Teresa thinks her brother Joe Giudice should spend more time with their father Giacinto Gorga. To make matters worse, Melissa has been caught in the middle of the sibling squabble. Of course, the season was taped months ago and the fans don't know exactly how things end up between the two of them.

However, things between the Real Housewives and Joe can't be that bad since the two of them spent Christmas Eve together with with their children. This is very promising news! No one wants to go back to the full on war of Teresa vs. Melissa that dominated Season 3- Season 6. Melissa shared a photo with Teresa, her daughter Antonia, and Teresa's daughters Gia, Gabriella, Milania, and Audriana on Christmas Eve.

As expected, Melissa did not miss out on the chance to bring some sprinkle cookies to celebrate the holiday. She shared a photo of several sprinkle cookies on a tray for her Instagram Story. She had to do it. All of the RHONJ viewers were waiting for some photo confirmation of the Christmas Eve cookie selection. Was Teresa annoyed? Or did she run with the joke?

Sprinkle cookies weren't the only dessert on the Gorga/Giudice menu. On Christmas Day, Joe posted a video of Melissa eating a pignoli cookie (Teresa's preferred dessert), obviously alluding to the infamous Christmas Eve cookies fight. This Christmas cookie debate (and subsequent jokes) will never get old. Ever.

This isn't the first Christmas that Teresa and Melissa poked fun at their own cookie-induced feud. Last year, the sisters-in-law each posed with a box full of each other's favorite Christmas cookies. Hopefully this is a tradition that lives on forever.

Aside from joking about the cookies, Joe spent some quality time with his sister Teresa. It seems like Teresa and Joe are cool these days since Teresa shared a sibling photo from their Christmas Eve celebration.

The Real Housewives of New Jersey OG told her followers, "Enjoyed the Christmas with my brother @joeygorga."

Joe shared some photos with Teresa and Gia. He shot down the resurgence of a family feud with the caption "family forever." Yes!

This is what the fans like to see! Normally, the drama is so entertaining, but the viewers just want this family to get along! This harmless shade is exactly what the viewers want from Teresa, Melissa, and Joe. If they can just get along with each other and argue with other people in the cast, that would be ideal!