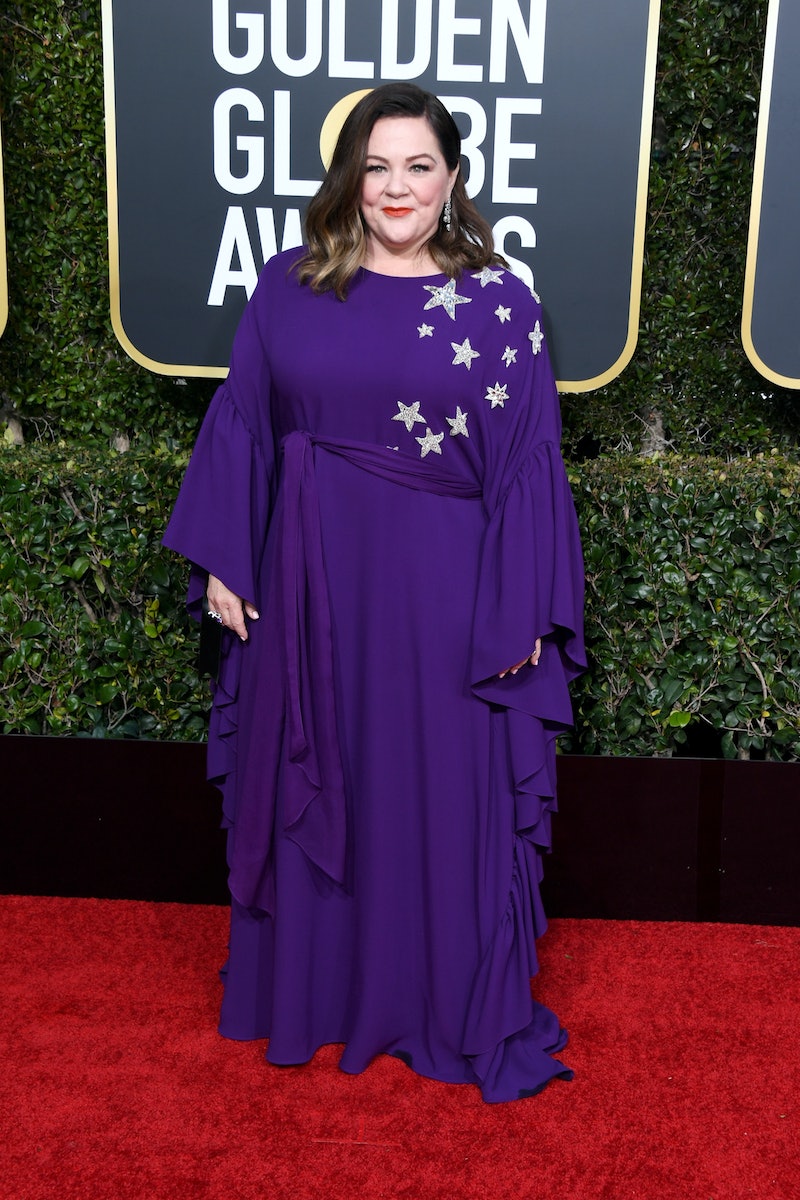 There were more than 100 people in the room for the 2019 Golden Globes ceremony, but it took only one to remind everyone that Melissa McCarthy is the funniest woman in Hollywood. McCarthy was in attendance at the Golden Globes as a nominee for Best Actress in a Motion Picture Drama for Can You Ever Forgive Me?, but if McCarthy was searching for forgiveness from any of her Hollywood contemporaries, she certainly earned it by handing out sandwiches to her fellow attendees. Variety's Nate Nickolai investigated why Melissa McCarthy was handing out ham sandwiches, and while it's a ridiculous act in theory, the reason turned out to be actually pretty practical.

McCarthy, having attended the Golden Globes in the past as a Best Actress nominee for Spy, had firsthand experience seeing how hungry other nominees can get while waiting for the lengthy ceremony to reach its final minutes. So, in preparation, she brought a collection of ham and cheese sandwiches from Los Angeles sandwich shop Joan's on Third and told Variety that she spent the evening quietly "handing them out to everyone," even getting a shoutout from The Favourite star Olivia Colman during her acceptance speech for Best Actress – Motion Picture, Musical or Comedy when she thanked McCarthy for giving her a sandwich earlier in the evening.

According to the aforementioned Variety article, McCarthy brought about 30 sandwiches to the event, though it's unclear exactly whose hands each of the sandwiches ended up in. McCarthy and her husband Ben Falcone presumably had one sandwich each, the author of the Variety piece admitted that he had been offered a sandwich, and Colman received a sandwich as well, per her acceptance speech. The fate of the other 26 sandwiches may remain a mystery unless other actors come forward to reveal that they, too, relied on one of McCarthy's sandwiches to keep from getting hungry during the three-and-a-half hour ceremony.

While it seems like an obvious choice to bring snacks, at least one fellow celebrity was amazed that McCarthy managed to bring so many sandwiches into the ceremony. "How did she get them in here?" Jessica Chastain asked, according to Variety. While she was baffled at the technicalities of sneaking 30 sandwiches into one of Hollywood's biggest nights, Chastain admitted that smuggling sandwiches is "a good idea because by the time you get into the ballroom dinner has already been served, and you're always so hungry." Variety further reported that Golden Globe winner Rachel Brosnahan also spoke to the publication about wishing that she had brought snacks for the lengthy event.

While Melissa McCarthy may have left the Globes empty-handed (Glenn Close won in her category for The Wife), she managed to leave her mark behind nonetheless, reminding all of Hollywood that as long as she's cast in roles that could lead to an awards nomination, she will continue to ensure that starving, exhausted celebrities won't go hungry. Thank you for your service, McCarthy — you're truly doing God's work.

More like this
Paul Mescal, Man Of Mystery
By Samantha Leach and Heather Hazzan
Olivia Wilde Addresses *Those* Florence Pugh & Shia LaBeouf Rumours
By El Hunt and Sam Ramsden
Here’s Everything Coming To & Leaving Netflix In October
By Jake Viswanath
Everything To Know About The Long-Awaited ‘Community’ Movie
By Stephanie Topacio Long
Get Even More From Bustle — Sign Up For The Newsletter