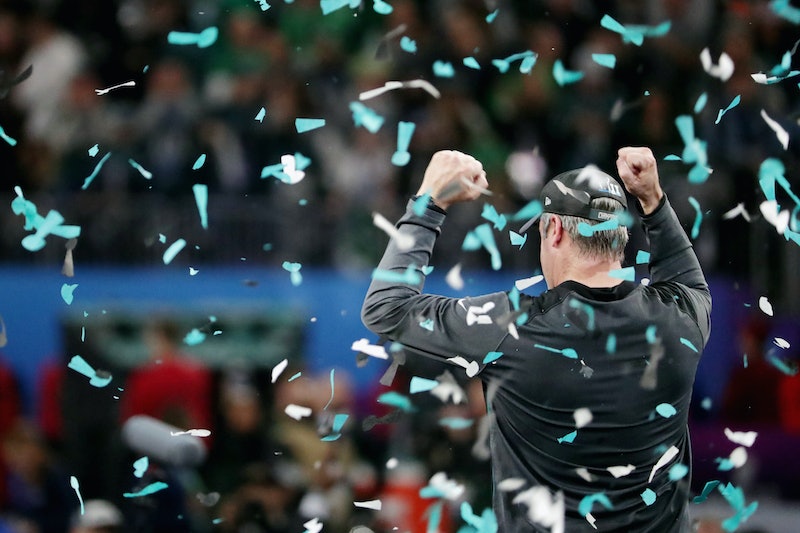 In a historic and unprecedented move, the Philadelphia Eagles scored their first Super Bowl victory and Eagles fans began cheering on Twitter with jokes, memes, and dozens of tweets full of appreciation and admiration for their beloved team. The Sunday victory came after the Eagles defeated the New England Patriots in an intense and nail-biting match.

Initially, the Eagles took a lead over the Patriots but the New England team quickly caught up on their rivals and gave the Eagles a tough time, largely with the help of Patriots player Tom Brady. By the end of the match, however, it was 41-33 with the Eagles leading. Philly Eagles Nick Foles outdid Brady and won the Super Bowl MVP.

For some observers, the Sunday Super Bowl between the Eagles and Patriots had its political side too. For some of these people, the Patriots' loss was akin to Donald Trump and the Republican party losing. One Twitter user said, "Oh my god, [the] Patriots lost. We're gonna take back the House. I feel it."

On Twitter, Philly Eagles fans shared jokes (including little quips on Brady staring at the ground), videos of Eagles fans going wild in the city streets, and even adorable kids celebrating the Eagles' last touchdown. It's safe to say that once a team wins the highly coveted Super Bowl, its fans will go understandably and positively crazy.

Samantha Quek shared a photo of 99-year-old Phil Basser and said that he was a "fan whose [sic] lived in Philadelphia since 1918 and supported them since their inception in 1933." She quoted Basser, "If I live to be 100, I might see the Eagles win a Super Bowl." Basser, who turns 100 in March, very well did that.

You might want to crank up the volume for this video shared by David Epstein. Local fans in Philadelphia came out to cheer for their state's team.

Yep, you gotta dance when you win.

One super excited Eagles fan tweeted, "I can't even explain how FREAKING HAPPY I AM. So many years cheering on the Eagles - AND WE WON THE SUPERBOWL, BABY!"

"We deserve this," one Eagles fan wrote.

8. This Humongous Crowd of Eagles Fans

That is quite the turnout.

Look at those fireworks go.

You might want to lower your volume for this clip because this particular Eagles fan is genuinely stoked for her team's massive win.

13. Fist Bumpin' With An Eagle

No big deal at all.

It was an intense game, according to observers. One person wrote, "What a great game! The @Eagles played amazing. I was holding my breath in the last few minutes and my fingers were shaking. Congratulations! A well deserved win!"

Since this is the very first Super Bowl victory for Philadelphia fans, it looks like these tweets aren't stopping any time soon.