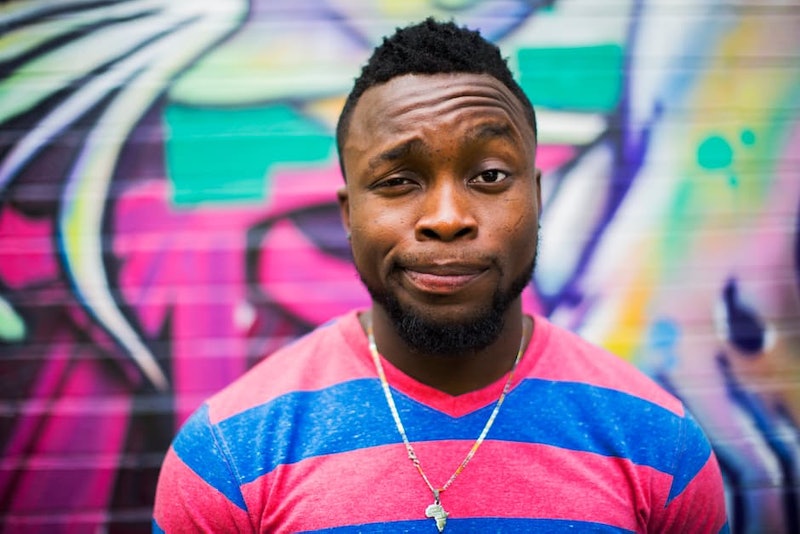 Have you told somebody they're awesome today? You should, because it's National Compliment Day — which also means it's a good time to learn about the science of compliments. And while we're learning, we might want to pay special attention to those compliments that, for various reasons, don't often end up being directed at dudes — because how we give props to one another reveals many aspects of human interaction, from what we hope to gain to the threats perceived by compliment-recipients. And this isn't just guessing or conjecture — a number of studies have found that female and male compliment interactions differ radically because of expectations of gendered behavior.

You'd think that a compliment would be considered a universally good thing: after all, in 2012, research identified the specific part of the brain that provides us with a reward when complimented — and found that people perform better on tasks after receiving one. But compliments can sometimes be more ambiguous than helpful: while some are just for boosting us up, others can be perceived as what's called "face-threatening acts". The concept of "face" comes from politeness theory, and refers to peoples' general desire to be liked, respected, have their needs fulfilled, be free to act, and be validated. The idea of "losing face" with somebody is an expression of this — so a "face-threatening act" is something that the recipient feels is intended to create embarrassment or humiliation.

And it seems that men, for various reasons, often reject compliments because they perceive them as threatening their "face," rather than taking them as boosts. Why does this happen — and what kinds of compliments can we pay to dudes on the regular to help them push back against this toxic masculinity bullsh*t? Here's the lowdown.