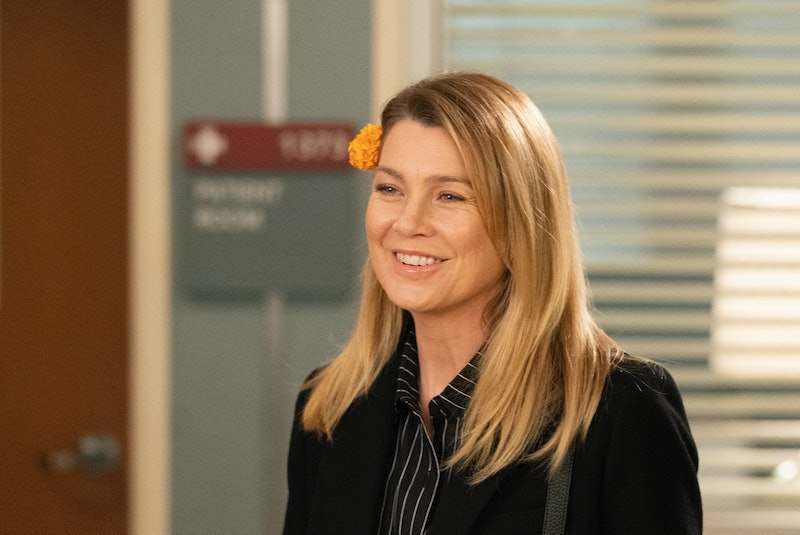 Meredith and Derek worshippers can stop right here, because this is an article about Meredith and someone else falling in love, and well, that stings for some (I am not one of these people, but I respect the lovelorn opinions of others). That being said, Meredith has had a grieving and alone period post-McDreamy's untimely death and said period has been long enough. She kind of dated Riggs, who was in love with someone else anyway, so it was never going to go anywhere real. There's a very viable option at Grey Sloan right now, and that man is "ortho god," Dr. Link. Link and Meredith should just date on Grey's Anatomy already. These two may be the perfect surgical pairing.

Link showed up on the scene at the beginning of Season 15 as the resident orthopedic surgeon. He calls himself an "ortho god," but we're going to let that one go. Link, real name Atticus Lincoln, and Jo are friends from way back. Link has had his eye on Meredith since the very beginning of his tenure at Grey Sloan, and she, being Meredith has rejected him outright many times. Jo, who is Team Meredith, is also Team Link, and she is convinced that Link and Meredith would make a great team together. And you know what? So am I. Here's why.

They Have Great Banter

Link asks out Meredith, she turns him down, Link responds, and bap-bap-bap. They go back and forth like a tennis match. Years from now when their looks and sex are gone, they'll still have that rapport, and that's important.

Meredith may think that she doesn't want to sleep with Link, but she does. Look at this man. There is definitely electricity between the two of them, and not just intellectually. Meredith followed the chemistry for her first love and look how that turned out — she got the love of her life! Link could be the next.

They're Both Really Attractive

They Are Great Doctors

Meredith is known for going above and beyond for her patients — remember when she stuck her hand in a body cavity with a bomb in it? We haven't seen many of Link's patients yet, but the fact that he got a haircut to make a little kid laugh was super adorable.

They'll Understand Each Other

Look — being a surgeon like these guys is really hard. The hours are crazy and the days are intense. It is probably really nice to come home to someone who understands the ins and outs of your day. Why do you think so many of the other doctors are with each other anyway? It's all they have time for!

I've been a Grey's Anatomy stan since the beginning, and while I do miss Derek and their relationship, Meredith deserves to be happy. She shouldn't have to be alone for the rest of her life — she has so much living to do. And she would definitely do some fun living with Link. Even for just a little bit.