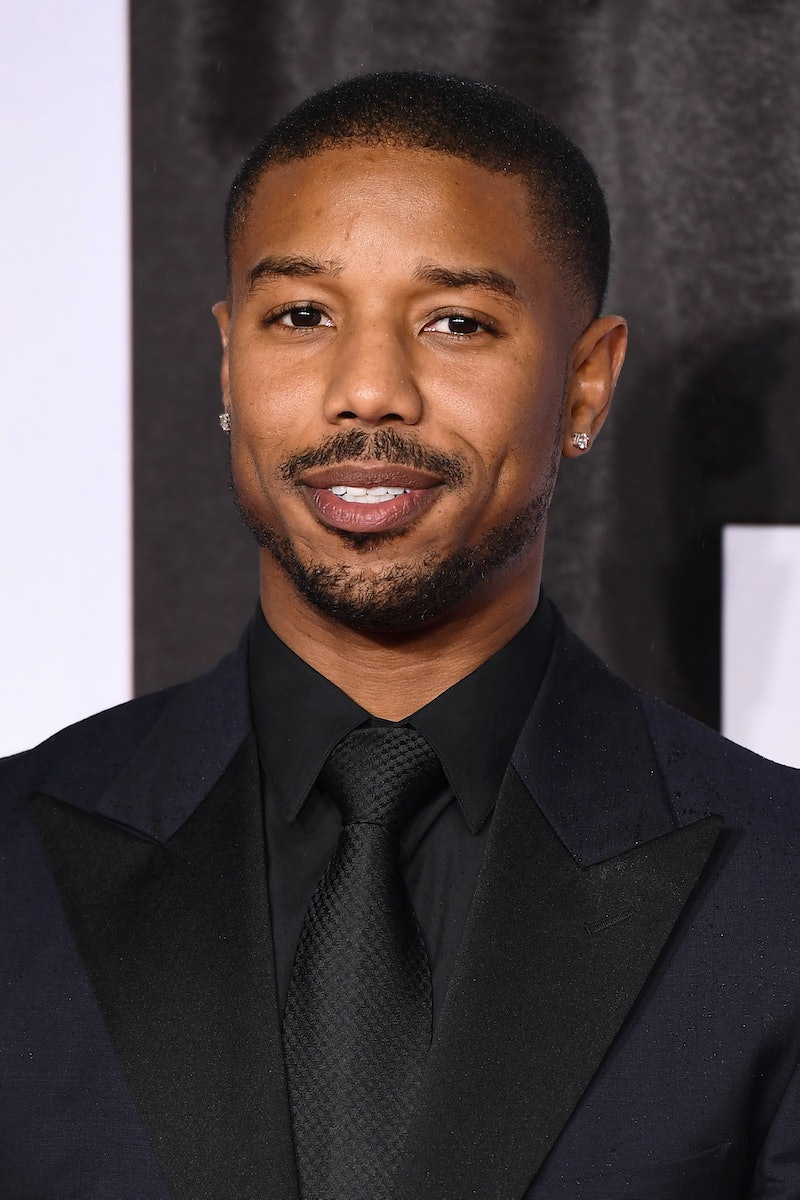 Who doesn't love a true underdog story? In a Nov. 29 tweet, Michael B. Jordan confirmed he met the fan who Photoshopped herself into a now-viral pic "with" him. But how did it all happen? Inspired by another recent viral tweet that helped reunite childhood friends, lucky London-based writer Bolu Babalola, who admitted she (like everyone else) "very much" has a crush on the Creed II actor, first shared the doctored photo on Nov. 24, joking she'd "met this guy" on summer vacation. "We had a such a great connection but I changed my number and we lost touch," she wrote. "Twitter do your thing."

With plenty of followers in her corner, Babalola held her own, using her obvious sense of humor to bob, weave, and duck tweets from skeptics who had the gall to question her shot's authenticity. She joked: "The increasingly indignant, red circled zoomed in pics "proving" that it is photoshop will not kill me I refuse. In fact they give me life. I will only get stronger."

In another post, she added: "It's upsetting me and my homegirls that people think this is photoshop. Please have some respect and stop being so cynical. Respect romance and stop trying to interrupt the course of true love. what's understood don't need to be explained."

In the end, Babalola had the last laugh. After finding out Jordan was in London and would be participating in a Creed II cast Q&A on Nov. 28, she managed to score a ticket — and the opportunity to speak to her celebrity crush. As seen in a a video of their exchange, standing with the microphone in the back of the theater, she first asked a question about romance in the film before revealing to Jordan that she was the girl in the viral photo. While the audience and cast alike chuckled, Jordan insisted they had to "get a real picture now." (Twitter user Michelle Owusu shared the video, writing, "When [Babalola] took the mic, I was like "yesss go on honey, take a chaaance"!)

Jordan followed through with the promise after the event, and Babalola shared the real photo of her and Jordan on Twitter. "Ms Steal Your Man," she tweeted on Nov. 28. "Case closed."

After all, Babalola said she channeled Creed's courage to work up her own nerve. As she later explained to BuzzFeed, "I was like, yo, if Creed can survive his battles, then I can do this. I had the backing of my lovely Twitter fam and I couldn’t let them down.”

Even then, however, her enviable story didn't end there. (Isn't there always a sequel?) Jordan even responded to her viral photo, writing, "Happy Twitter did it’s thing ... Great meeting you (for the second time)." He added several requisite emojis throughout the message, too, of course.

Naturally, Babalola was down for the count, writing just "FIN." in her retweet of Jordan's message. As she also shared with BuzzFeed, “I was like, wait... Could I really use this to manifest my dreams? And the rest is rom-com history and a tale I will tell my grandchildren.”