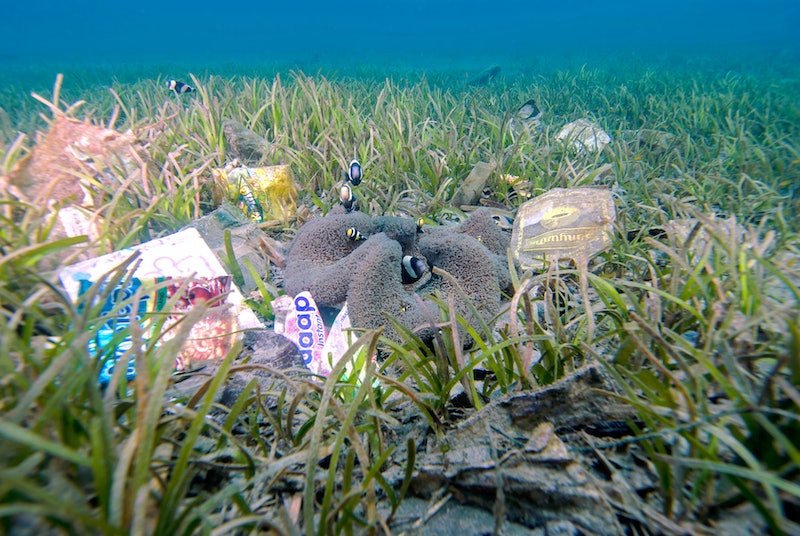 Around eight million metric tons of plastic enter the world’s oceans each year, according to CNN. Eroded by the water, some of the plastic breaks down into pieces so tiny that they are referred to as microplastics, smaller than 5 millimeters wide, where they are inevitably ingested by marine life. This includes the fish and shellfish that pepper the diets of other animals in the food chain, including, you guessed it, humans. And, as Wired reports, these microplastics aren’t just lining our oceans, but possibly lining our guts, too. And yes, they can show up in your poop.

On Oct. 22, researchers announced at the United European Gastroenterology meeting in Vienna that they identified microplastics in samples of stool from every international subject they tested. Plastics are pervasive in everyday human life, Philipp Schwable, a gastroenterologist at the Medical University of Vienna who led the study, told Wired. Despite acknowledging that fact, he told Wired he was surprised at the test results.

Before you start freaking out about your poos testing positive for microplastics, it’s important to note that the study was only a pilot, testing a tiny sample size. The study’s eight subjects each hailed from different countries, including Japan, Austria, Italy, the Netherlands, Finland, Russia, Poland, and the UK.

In the first study of its kind, the subjects journaled their diets in a food diary the week prior to providing their stool samples, which they shipped to the Environment Agency Austria. The ick factor of dealing with human excrement aside, the study demanded collaboration between doctors and analytical chemists. The chemists were responsible for identifying the plastics in the poop, discovering that every sample tested positive for plastics. Nine out of the 10 varying types of plastic the researchers were screening for were found in the poop, including polypropylene (from bottle caps) and polyethylene (usually found in plastic bags). 20 particles of microplastic were traced on average per quarter pound of poop.

The study leaves researchers wondering how the plastic got into the poop and how harmful it may be in the long term. Regarding diet, none of the participants were vegetarians, and six of the eight had consumed fish in the week before providing samples. Notably, the participants’ food diaries indicated that they all ate plastic-wrapped foods and drank from plastic bottles. There is no definitive answer on which of these elements, if any, contributed to the plastic in their stools. "Now that we know there is microplastic present in stool, and we know how to detect it, we aim to perform a larger study including more participants," Schwable told Wired.

The method the researchers used to analyze the microplastic is incapable of distinguishing any particles smaller than 20 microns, so future studies in the field could benefit from using different methods for more accurate findings, on top of including larger and more representative sample sizes. There are currently no studies investigating how harmful microplastics are for humans, though studies in animals have pointed to how the collection of microparticles in the gut can have potentially harmful consequences for animals’ organs, as well as hormone regulation. While more research needs to be conducted, this seems to be just one more reason why humans need to focus on sustainability and be more mindful of the long-term effects of environmental indifference.