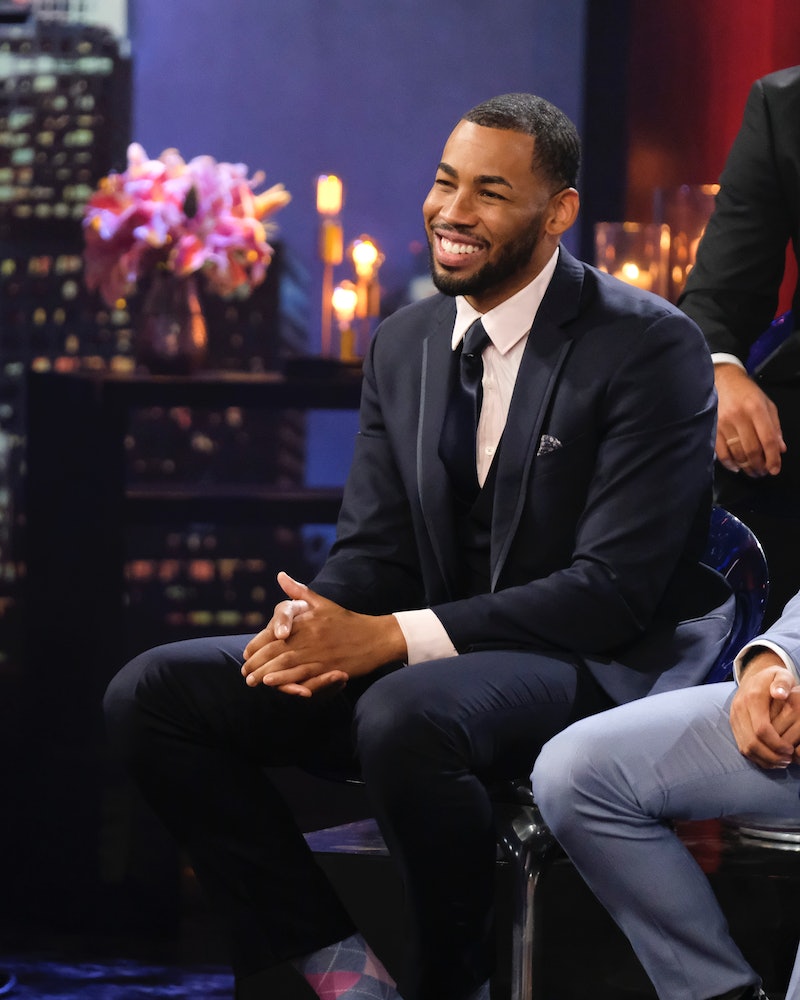 On Tuesday, Sept. 17, Bachelor Nation was rocked when Peter Weber, aka 'Pilot Pete,' was named the new Bachelor for the 2020 season. Some fans were disappointed at the choice, especially because Mike Johnson, another frontrunner for the spot, would have been the first black Bachelor. Reacting to the casting news, Mike admitted that it's time for a Bachelor of color, even as ABC execs continue to skirt the issue.

"Congratulations to Peter first and foremost," Mike said in an interview with Entertainment Tonight on Sept. 18, following the announcement. That said, he would have liked to see the franchise moving more towards diversity — regardless of who got the job. "I think of diversity more than just black and white. And yes, Peter has a Cuban mom, but let's just be honest — he's white, right? And that's just being completely transparent," Johnson said in a recent interview with Entertainment Tonight. (Peter is half Cuban, making him the first Latino Bachelor since Juan Pablo Galavis, though it's unclear how he identifies.) "I think there should be an Asian lead, an Indian lead," Mike added.

The fan favorite went a bit further when asked why he thought ABC chose Peter over him, noting that while their personalities are different, there's no denying that a major difference is their skin color. "I do know that Peter and I are two completely different people," he said. "I'm a bit louder than Peter is. I have tattoos, and the obvious, I'm black, so we are very diverse and different in that regard as well."

In 24 seasons, there has never been a black Bachelor, or an Asian Bachelor, and the (now) two Latino leads have been light-skinned and blond, thus fitting the white Bachelor image. And in 15 seasons of The Bachelorette there has been one black Bachelorette, Rachel Lindsay. Lindsay was much more blunt when speaking about ABC's choice to cast Peter over Mike, telling Entertainment Tonight, "I want to be hopeful, but when you have a contestant like Mike Johnson, who seems to check all the boxes, how is he not the Bachelor?" While she had nothing but well wishes for Peter, Lindsay noted that, in her opinion, "the system isn't working in giving us a Bachelor who is a person of color."

Mike responded to Lindsay's comments in his interview with ET, saying, "I do agree with Rachel, that after 24 Bachelors, a black Bachelor should have been cast." But, he added, at the end of the day, The Bachelor is a television show — essentially, it's a business — and it's been successful featuring overwhelmingly white casts. "They know what they're doing for their audience," he added. "They know what they're looking for. I wasn't the guy they were looking for at the moment."

Meanwhile, ABC reality chief Rob Mills defended choosing Peter to be the Bachelor in similarly technical terms. He did not, however, address concerns from fans who had hoped that, after 23 seasons, they would finally get a black Bachelor. "We think Peter was the strongest option, we felt he was the guy who would give us the best 22 hours of television," Mills explained to Variety.

Why execs felt that having a historically diverse Bachelor wouldn't make for great television remains a mystery.