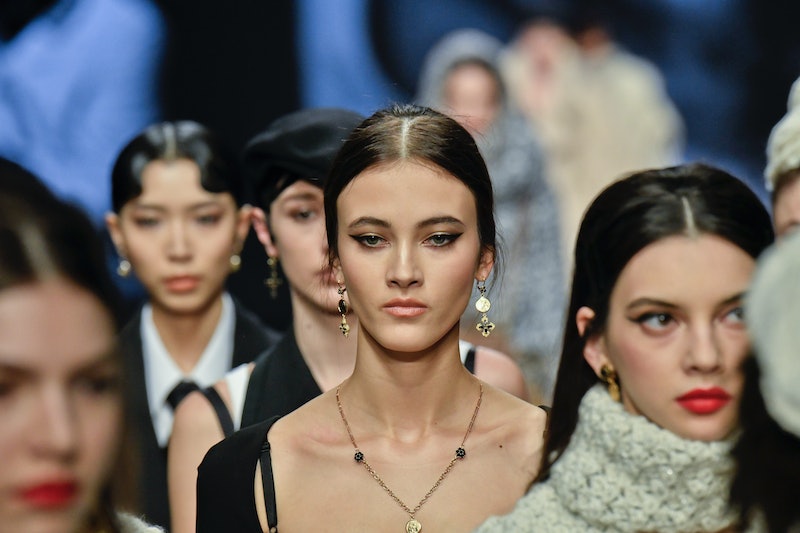 With consumers becoming more wary about spending money and global supply chains being disrupted, it’s anyone’s guess what the fashion industry will look like once the coronavirus pandemic has passed. Major retailers like J. Crew and Neiman Marcus have already filed for bankruptcy, and many brands are relying on e-commerce revenue to stay afloat. As for runway shows and fashion weeks, those will likely be forever altered, too. Just this week, the organizers of Milan Fashion Week announced that they are launching Milano Digital Fashion Week, the first fully digital fashion week.

The shows will take place from July 14 to 17, and Spring/Summer 2021 men’s collections will be shown together with women’s and men’s pre-collections for next spring.

According to WWD, officials were originally going to schedule the event for mid-June, but they had to scrap that option because it didn’t afford enough time for the collections to be completed. “Our initial plan was to hold the event in mid-June, but having just restarted production, the timing didn’t work as the collections will be ready around the second week of July,” Carlo Capasa, president of the Camera Nazionale della Moda Italiana, told the publication.

Brands will be able to choose the kind of format they want to use for their shows, which could be anything from a film to a show behind closed doors to backstage images of an ad campaign shoot and/or interviews. For emerging labels that may be struggling financially, the Camera will help provide funding for the production of their digital content, reports WWD.

As of now, September shows are still scheduled. Brands that showcase digitally in July may opt to host a physical show in September as well. “We have given freedom to each brand to decide and this is a sign of the times,” Capasa said. “It’s very difficult today to set a fixed strategy.”

In April, the British Fashion Council announced that London Fashion Week Men’s — originally scheduled for June — would be merged with the women’s shows into a single gender-neutral platform, slated to begin with a three-day digital showcase June 12. Men’s shows in Paris, as well as the haute couture shows, have all been cancelled.