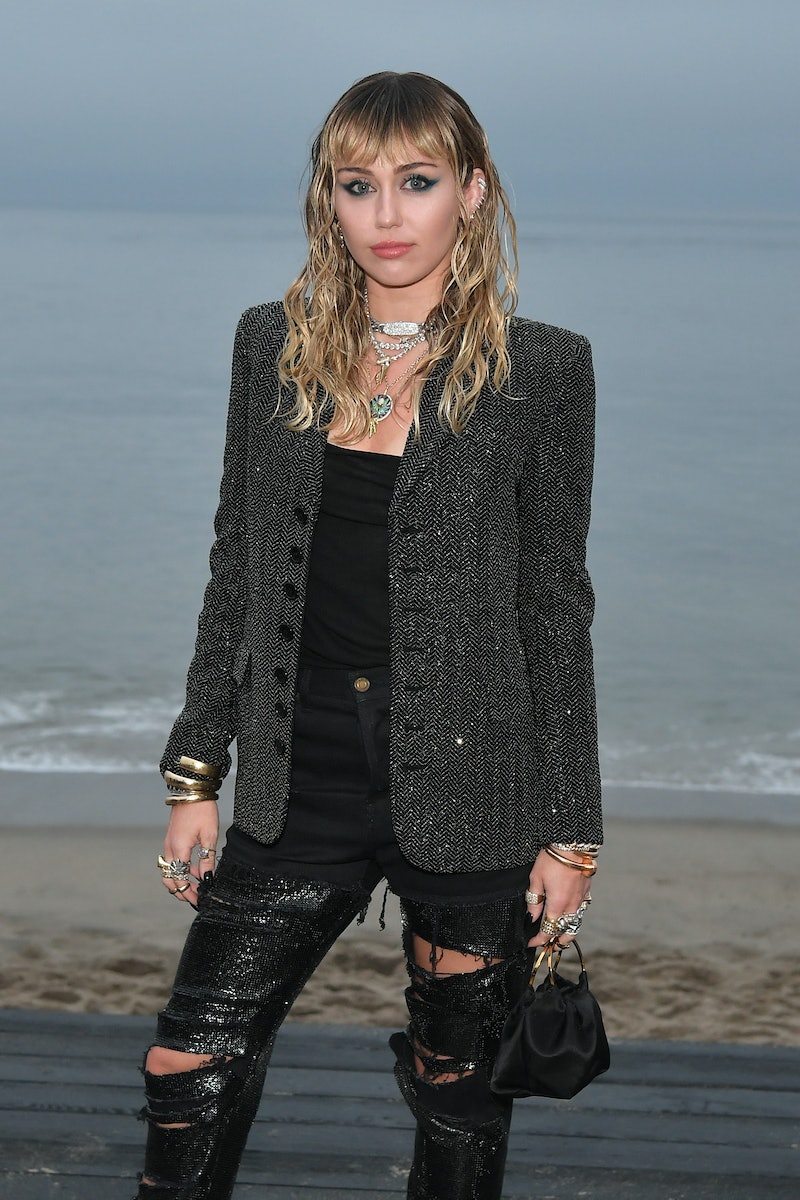 After 10 years of dating and eight months of marriage, Miley Cyrus and Liam Hemsworth have parted ways. So when Miley Cyrus debuted platinum blonde hair, the whole world thought that it was part of her post-breakup makeover. There's something about parting ways with an ex that makes a person want to book a hair appointment and do something drastic, so Cyrus' new bright blonde tresses seemed right on schedule.

Cyrus' blonde hair was revealed in an Instagram post on Aug. 12, after a weekend playing in the waters of Lake Como in Italy. In the photo, Cyrus is standing on top of the Dolomites and is dressed up in Nike hiking gear. Her hair changed from a golden summery blonde with dark roots to a bright platinum shade.

The caption of the photo doesn't acknowledge the hair change, but the message had a faint "break up" tone to it. "Don’t fight evolution, because you will never win. Like the mountain I am standing on top of, which was once under water, connected with Africa, change is inevitable," Cyrus wrote. "My dad always told me 'Nature never hurries but it is always on time'.... it fills my heart with peace and hope KNOWING that is true. I was taught to respect the planet and its process and I am committed to doing the same with my own...."

While it would be an easy leap to assume the hair change happened because of Cyrus' recent breakup, it was actually done for work.

While her new look is about her career rather than her personal life, Cyrus had a history of hair makeovers after breakups. In 2007, when Cyrus split from Nick Jonas after dating for two years, the then-15 year old colored her hair black.

“When we were dating, Nick wanted me to get highlights — and so I did that, and I got myself looking great,” Cyrus told Seventeen. “And then, on the day we broke up, I was like, ‘I want to make my hair black now — I don’t want to look pretty; I want to look hard-core.’ I was rebelling against everything Nick wanted me to be. And then I was like, ‘I’ve got to be by myself for now and just figure out who I really am.’"

Cyrus went through a similar hair transformation after her first breakup with Hemsworth. The couple got engaged in 2011, when Cyrus was 19 years old, but decided to take a two year break in 2013. In 2012, Cyrus cut her hair into her iconic platinum pixie, and a few months later the pair split.

While a transformation is normal after a huge relationship change, Cyrus' new hairstyle is purely for her upcoming album.