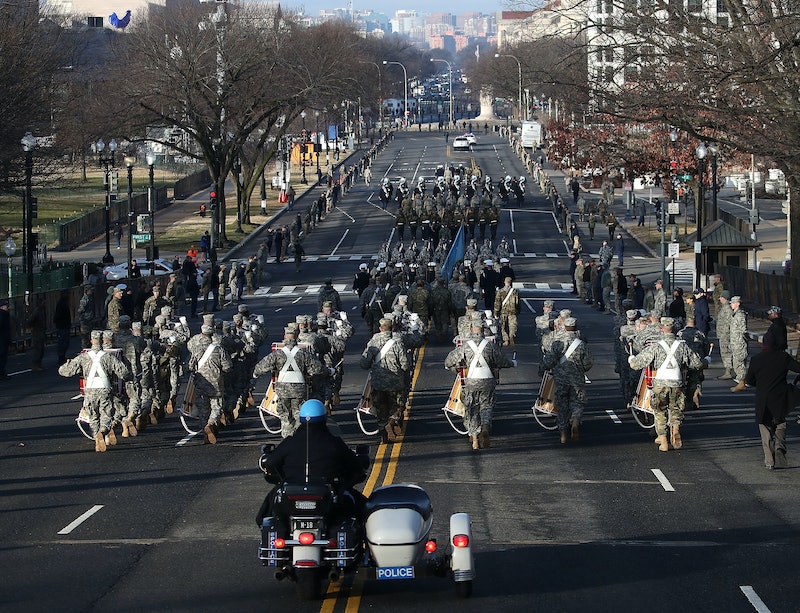 Democrats and Republicans alike have criticized President Trump's desire to hold a military parade on the streets of Washington, D.C., and now, a prominent veteran is joining the chorus of opposition. Robert J. O'Neill, the Navy SEAL who claims to have killed Osama bin Laden, said on Twitter Thursday that a military parade is "third world bullsh*t," and that the United States shouldn't entertain the notion of having one.

"A military parade is third world bullsh*t," O'Neill wrote on Twitter. "We prepare. We deter. We fight. Stop this conversation."

When the Twittersphere pointed out that other countries not normally considered "third world" — namely France and Russia — do hold military parades, O'Neill doubled down, writing that "if Russia or France were powerful enough to take over the world, they would."

"We are [powerful enough to take over the world] yet we don’t," the former SEAL and bestselling author wrote. "That’s called First World."

The Washington Post reported on Tuesday that Trump wants to have a parade in the nation's capital, and officially gave the order to begin preparations for one in January.

“The marching orders were: I want a parade like the one in France,” a military official told the Post. “This is being worked at the highest levels of the military.”

Later in the day, White House Press Secretary Sarah Huckabee Sanders confirmed that report, saying in a statement that the president has "asked the Department of Defense to explore a celebration at which all Americans can show their appreciation."

However, the prospect of a military parade in Washington, D.C. was almost immediately condemned by Democrats, Republicans, military veterans and current and former lawmakers.

“Obama wasn't a King," conservative firebrand and former Rep. Joe Walsh (R-IL) tweeted. "Trump isn't a King either. My side needs to quit treating him like one. We don't elect Kings in this country, remember? No military parade.”

"America is the most powerful country in all of human history," Kennedy said. "Everybody knows it, and we don't need to show it off. We're not North Korea. We're not Russia. We're not China."

Rep. Adam Smith (D-WA), ranking member of the House Armed Services Committee, said in a statement that he was "gravely concerned" about the possibility of Trump holding a "self-aggrandizing military parade," arguing that this would be a "departure from the values of our constitutional democracy."

"The military is not President Trump’s personal toy set," Smith said. "He cannot be allowed to continue focusing on parades and ego-inflating toys instead of real, basic military needs that can jeopardize lives if they are not met. This misdirected focus could have real repercussions for human beings in the field and for U.S. national security, and it is not becoming of a Commander-in-Chief."

The last time the United States held a major military parade was in 1991 to celebrate American victory in the first Gulf War. That event cost $12 million and included tanks, amphibious assault vehicles, 83 warplanes and 8,000 troops, according to Politico. Peace activists protested that parade, with one telling the Washington Post at the time that "only in the Soviet Union do you see this type of ostentatious display of military hardware."

"We, as Americans and the Department of Defense, do not want to come across as doing one-upmanship of the North Koreans or the Russians or the Chinese, parading our military might," Bednarek said. “We have more important things to do than to focus on a damn parade."

However, it's still not a sure thing that Trump's celebration will come to fruition: On Thursday, two Democratic lawmakers introduced legislation that would block the president from using public funds to hold military parades.