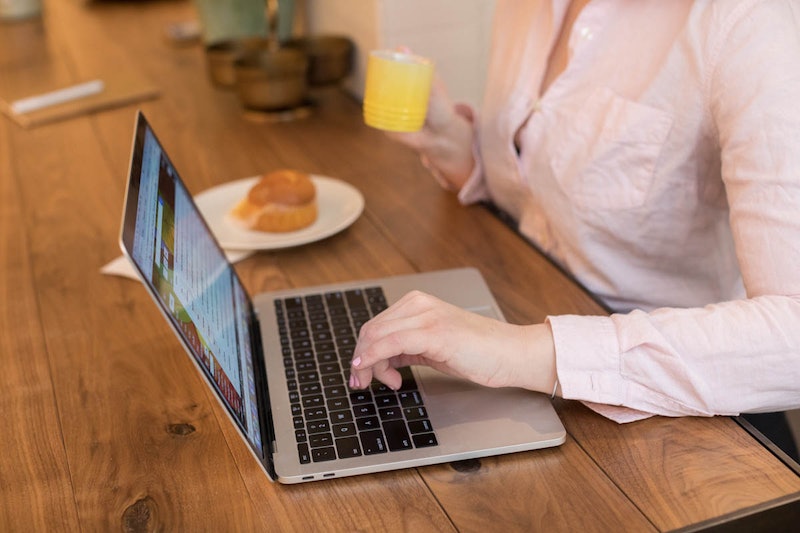 About 77 percent of women between 25 and 34 are participating in the job market, according to Bloomberg, which means that they are either employed or actively working to get a job. These numbers show a steep increase in participation since 2015, when only about 73 women in that age group were participating in the job market. Bloomberg wasn't able to point to a single concrete cause for the participation increase — but in a tweet, Republican National Committee Chair Ronna McDaniel claimed that the Trump administration was to thank for it.

"Economic policies that @realDonaldTrump and @IvankaTrump have championed are producing some fantastic results for America’s young women," McDaniel tweeted on Sunday morning; President Donald Trump also later retweeted her post. "The labor participation divide between millennial men and women is the lowest it’s ever been!"

The participation gap between young men and women is currently just below 13 percent, and it's been on a downward trend since 1990, as Bloomberg wrote. Bloomberg suggested several factors that could contribute to this trend, like a culture shift favoring women in the workplace, but it's unlikely that any specific Trump administration policies had much to do with it. For one thing, the most marked upward trend began in 2015, and thus two of the years in question had already gone by once Trump took office in January 2017.

Beyond that, though, the Trump administration has actually made things more difficult for working women in a number of different areas. Former Attorney General Jeff Sessions, for example, released new guidelines for federal agencies that were supposed to be in support of religious liberty, but they actually chipped away at anti-discrimination legislation protecting women, according to Politico.

McDaniel also mentioned first daughter Ivanka Trump in her tweet. During her father's campaign, Ivanka positioned herself as a champion for women in the workplace, particularly when it came to equal pay. When the Trump administration got rid of an Obama-era rule requiring businesses to report wages in an effort to decrease the wage gap, though, Ivanka publicly supported it.

In addition to closing the participation gap, millennial women are working more and earning more than young women have in previous years, as CNN reported in December. Bloomberg also noted the positive effects that the increased participation numbers among young women are having on the economy as a whole, because more active workers is a good thing for the economy.

Young women still face problems in their work lives, though. CNN wrote that millennial women are working more, but they're also still doing the majority of the housework for their families. As NBC News reported, millennial gains in terms of salary aren't enough to cover the rising costs of essentials, like housing and health care. More millennial women active in the workforce is certainly a good thing — but it doesn't come without caveats.