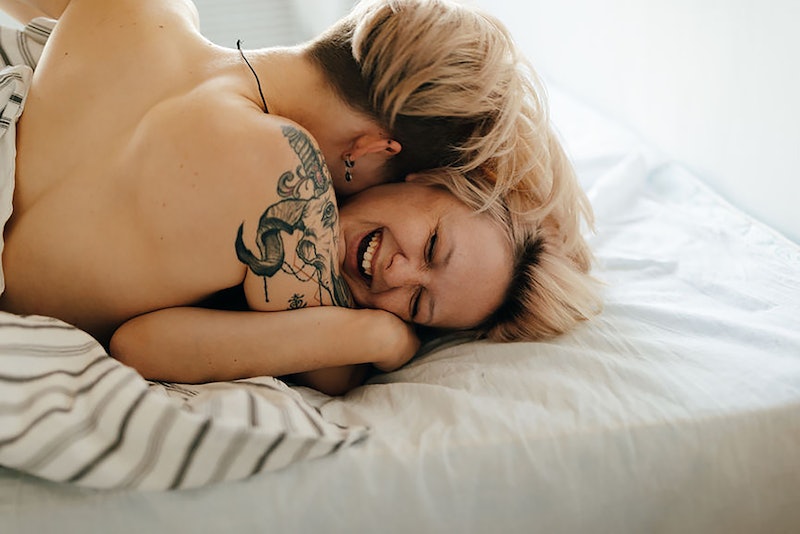 Whether you are single, taken, or somewhere in between it can sometimes feel like everyone is having sex except you. And the more sex the better right? Contrary to the headlines that millennials are too distracted, busy, or stressed out for sex, a new survey has suggested that they’re at it more than any other age group. However, it isn’t all good news. A survey conducted by the sex toy retailer Lovehoney found that while millennial women are having twice as much sex they are having half the amount of orgasms as older women. The findings published ahead of Sexual Happiness Day on April. 21 suggested that while young people may have more sex they may not be as satisfied. So, it leaves you questioning what is more important — quality or quantity?

The super popular online sex toy retailer Lovehoney questioned 2,100 people aged 18 to 70 on their sexual satisfaction and behaviour. Massive discrepancies appeared between younger and older groups, particularly when it came to sexual satisfaction. The study found that 39 percent of women they questioned aged 18 to 25 are having sex more than twice a week. Happy days right? Well not quite. When asked about how much they orgasm during sex only 36 percent of women in the same age group said they always had a orgasm with their partner.

It is definitely worth noting that climaxing isn’t the be all and end all of sex. There are so many other awesome things you get out of being so close and intimate with someone. However, the statistics suggest that while the young women surveyed may have been having regular sex, it wasn’t always good.

More differences emerged when participants were asked to rate their levels of sexual happiness. The happiest age group, were those aged 46 to 50 with 16 percent rating their levels of sexual happiness at 10/10. Not too far behind them were the 51 to 55 year olds, with 14 percent giving themselves 10/10. This then dropped down to 11 percent of under-25s rating themselves 10/10, and 10 percent of 31 to 35 year olds. This would suggest that while everything in society suggests you reach your sexual prime in your twenties and thirties, it actually only gets better.

The link between age and pleasure may have something to do with the reasons people have sex and what they get out of it. 47 percent of under-25s said that they used sex as a way to boost their confidence. This dropped considerably to 25 percent when those aged 25-44 were asked. Even fewer participants over the age of 45 sited that reason (22 percent.)

As a spokesperson for Lovehoney argues:

“[Young people] could certainly learn a trick or two from older people about increasing their levels of sexual satisfaction and orgasm frequency. The extremely high scores for sexual happiness in the over-45s show how experience can enhance stimulation and improve bedroom performance.”

So many things effect how much you enjoy sex — from who you are doing it with, to how you feel about yourself that day. And if this study is to be believed maybe it just gets better as time goes on.