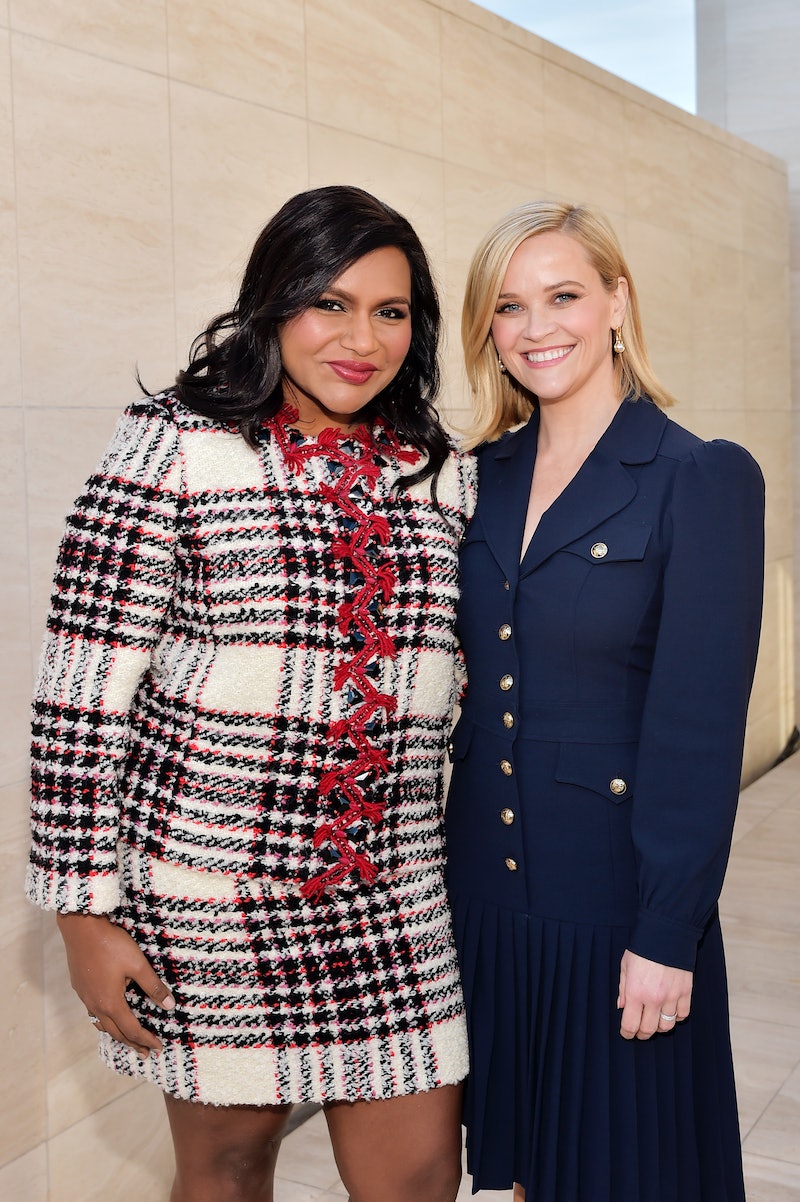 The next Legally Blonde film will have some renewed girl power behind it, and Elle Woods would be so proud. Mindy Kaling will co-write Legally Blonde 3 with Parks and Recreation writer Dan Goor, as announced by Deadline on Monday, May 17. This means that Kaling will be reunited with her A Wrinkle In Time and The Morning Show co-star Reese Witherspoon, who is attached to produce with her company Hello Sunshine and, of course, to reprise her iconic role of sorority-queen-turned-lawyer Elle Woods in the highly anticipated sequel.

Legally Blonde 3 has been in the works since 2018, when Witherspoon first announced the sequel on Instagram, wearing a pink bikini atop a pool float, just as Elle Woods would do. The original team from the first film were onboard, including writers Kirsten “Kiwi” Smith and Karen McCullah, who initially signed on to pen the script. It's unclear what happened to that version of Legally blonde 3, but reports suggest that Kaling and Goor's script will be an entirely new take on the story.

Witherspoon took to Instagram to express her excitement at Kaling joining the team, sharing a side-by-side pic of a still from the film and a photo of Kaling recreating her Elle Woods look. "Some things are just meant to be," she wrote in the caption, using the hashtag "#ElleWoodsApproved." Kaling also posted about the Legally Blonde 3 news on Instagram, joking, "Finally some use for my Elle Woods fan fiction!" She also added, "Elle Woods is so iconic, proving you can be girly and smart at the same time. Bend and snap people!"

No director has been set as of yet, nor has any casting news been officially announced aside from Witherspoon. But if the star has it her way, many actors from the first two films will be returning. In a 2019 interview with The Hollywood Reporter, Witherspoon teased that Legally Blonde 3, saying that her "hope and dream for Legally Blonde 3" would include "the return of Jennifer Coolidge, which is the greatest." Yes, if all goes well, Coolidge will reprise her legendary role as Paulette, the best manicurist you could ever have. And Luke Wilson, who played Elle's love interest Emmett in the first two films, has also expressed interest in returning, recently telling Entertainment Tonight, "I'd love to do another one."

This article was originally published on May 19, 2020