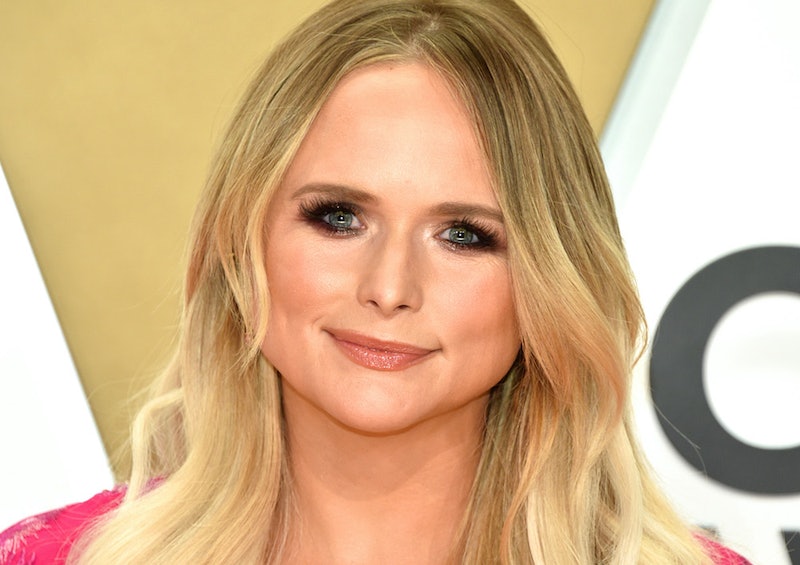 Don’t expect a country Miranda Lambert-Joe Exotic collaboration anytime soon. Miranda Lambert explained her photos with Tiger King’s Joe Exotic after she received backlash on Twitter, making clear that she in no way condones his behavior or his treatment of animals. The controversy began on Monday, April 13, when she shared a “little Monday memory” including old photos of herself with Exotic (real name Joseph Maldonado-Passage) and some other familiar faces from the Netflix docuseries. When the post sparked criticism due to Exotic’s conviction for charges of animal abuse and a murder-for-hire plot, Lambert explained that their paths crossed for reasons unrelated to Oklahoma’s Greater Wynnewood Exotic Animal Park.

In the photos that also include Kelci “Saff” Saffery, the zoo’s former animal keeper, and John Finlay, one of Exotic’s former husbands, Lambert explained that MuttNation, her foundation that helps shelter dogs get adopted, had transported dogs from Houston to Oklahoma after the events of Hurricane Harvey in 2017. “MuttNation asked for volunteers who could transport some dogs from Houston to shelters in Oklahoma, where there was more room [to] be treated and adopted,” Lambert explained in a follow-up tweet.

"Some guy named Joe volunteered his trailer and staff," she continued. "Now I know it’s ‘Joe Exotic.’ I’ve never been to his zoo and didn’t even know he had tigers.” She added, “OBVIOUSLY I’d never condone animals being treated badly.”

In the midst of coronavirus quarantine, Netflix’s Tiger King: Murder, Mayhem and Madness became a viral hit as viewers delved into Exotic’s world as a wildlife park owner, country singer, and governor hopeful. The “I Saw a Tiger” singer is currently serving 22 years in prison for several counts of animal abuse (such as killing tigers) and his connection to the murder-for-hire plot against animal rights activist Carole Baskin that was explored in the series.

Lambert’s Twitter post comes after former basketball player Shaquille O’Neal similarly defended himself for his connection to Exotic after a brief cameo in the docuseries. O’Neal, whose affinity for tigers has been well-documented, can be seen touring the zoo in one of the episodes. He addressed the controversy on his podcast The Big Podcast With Shaq on March 30. “Listen, people are going to make their own opinions, but, again, I was just a visitor. I met this guy — not my friend,” O’Neal said. “Never had any business dealings with him, and I had no idea any of that stuff was going on.”

Joe Exotic? As Mariah Carey would say, "I don't know her."