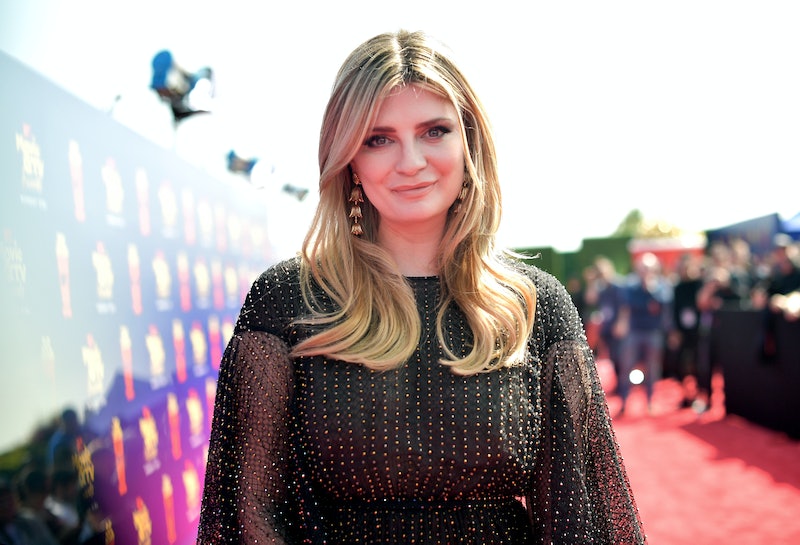 She did not watch The Hills when it was on MTV, but Mischa Barton did watch The Hills film. And now the person who sometimes watched The Hills film but never appeared on the show is part of The Hills: New Beginnings ensemble. What a world. In a new interview with InStyle, The O.C. actor talked about what it was like to see members of the Laguna Beach spinoff's ensemble tape scenes out in the wild way back when. She also got into what it was like to be a celebrity who could apparently pop by The Hills' production vans whenever she felt like popping by. (Spoiler alert: It sounds amazing.)

She told the magazine, "I knew some of [The Hills cast] socially: Brody [Jenner], Whitney [Port], Audrina [Patridge], and Steph [Pratt] a little bit too. It was funny to watch some of the group scenes at the club, because some of the nights when [The Hills cast] was out on the town filming, we were filming [The O.C.] and my cast members and I were going out."

Barton went on to casually reveal she watched the original cast film a scene. "I remember one run-in at Les Deux. We rolled in and heard they were filming The Hills so we wanted to get snoopy on it and see what they were up to — if they were fighting or having a good time," she revealed. "I remember going up to the producer van and asking to listen in on the conversation. It was Brody and Lauren getting into it at a party. I was fascinated by reality TV culture, because it was so far from what we were doing at the time."

The O.C. cast and The Hills cast all at the same club? Are you kidding me? And now the actor who was on the scripted show that inspired the reality show that eventually led to The Hills is now on the reboot of the show that she used to go watch film in bars around Hollywood? It's all too much. (Also, please don't mind me as I try to quell the chills that washed over my body after I read the sentence "I remember one run-in at Les Deux.")

If I am being perfectly honest, I wish there was a reality show about Barton and her pals poking around The Hills' sets. Especially because one of her pals was Nicole Richie. As Barton said in Cosmopolitan's feature on the reboot,

"It’s weird because I remember going out with Nicole Richie and people at the time, and we would come by set when they were filming The Hills. She would drag me to the producer van to see what you guys had been up to all day. All these years later...it sounds corny, but it felt like this was supposed to happen.”

Oh, to be a member of the Young Hollywood scene back in the aughts who every now and again ends up at the same nightclub as The Hills cast when they are in the middle of fighting about whatever drama is happening at that time! My kingdom for that experience. And yes, my "kingdom" is actually just a box of old flip phones.