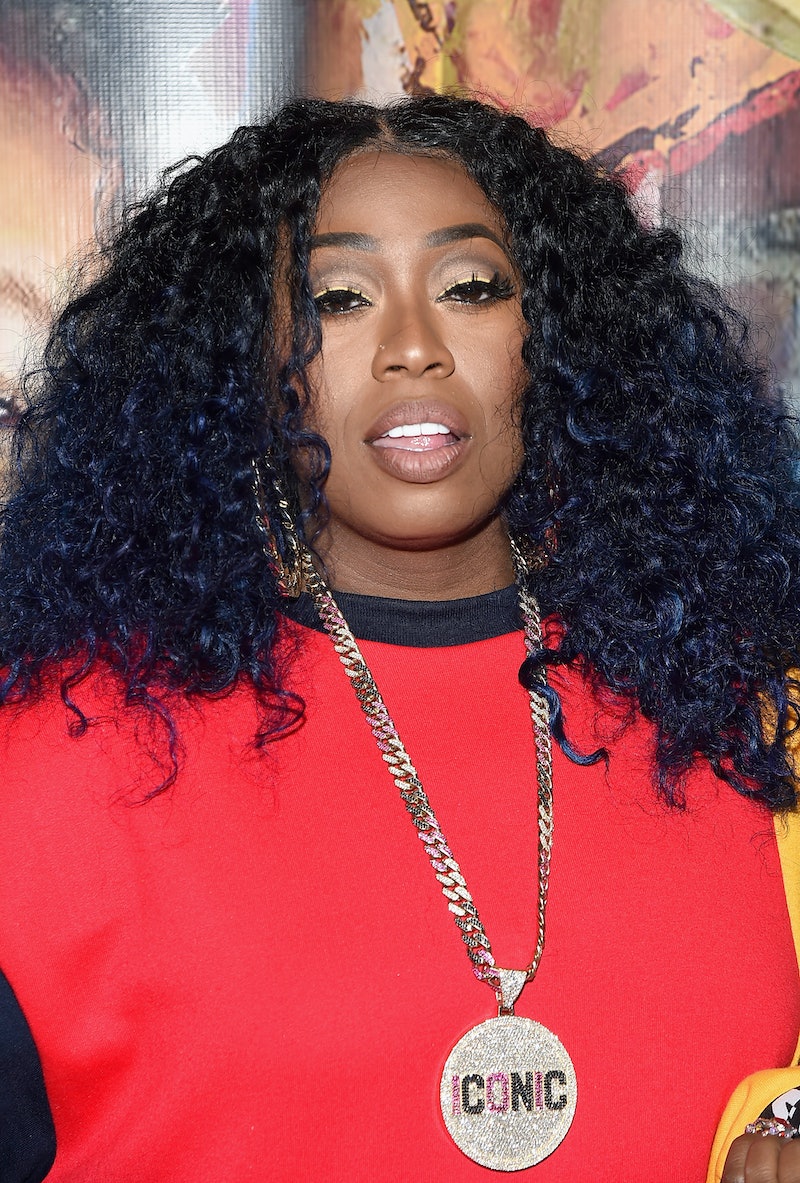 She's Supa Dupa Fly — and now she'll officially be a member of the Songwriters Hall Of Fame. On Saturday, Jan. 12, legendary rapper Missy Elliott celebrated being inducted into the Songwriters Hall of Fame, making her the first female hip-hop artist to earn the honor, and just the third rapper overall since the Hall's inception in 1969. Other 2019 inductees include Cat Stevens and Dallas Austin.

After the nominations were announced, Elliott gushed over the honor on Twitter, sharing her delight in an emoji-filled message that also congratulated her fellow inductees. "I want to CONGRATULATE all the AMAZING songwriters who have been inducted into the 2019 Song Writers Hall of Fame," Elliot wrote. "Also those who were nominated because their body of work is AMAZING I AM SO HUMBLY GRATEFUL to now be inducted also I [heart] you all."

The Hall of Fame's chairman, Nile Rogers discussed the importance of Elliott's induction on CBS This Morning on Saturday, saying, "To me, it's important to have equality." The musician also gushed over Elliott's talent and career, saying, "I've written with a lot of women songwriters, but not nearly enough, and that's sort of like my secret goal. That's why when you told me Missy Elliott, I'm like, blown away — she's one of my favorite writers of all time."

[can't embed since that's a pro photo, but we can link out! you can replace with a horizontal getty photo]

In addition to her revolutionary, chart-topping solo career, which has included hits like "Work It," "The Rain," and "Get Ur Freak On," Elliott has written and produced songs for artists like Aaliyah, Beyoncé, Whitney Houston and Ciara. "A lot of people don’t know a lot of records that I’ve written or produced, so that’s a highlight for me as a woman," Elliott told the Associated Press back in 2016.

She continued, "I always said if a man would have done half the records that I’ve done we would know about it. But we don’t know all the records I’ve done for other artists."

Reflecting on her career, Elliott told the outlet that she was inspired by hearing Michael Jackson say that his advice to his younger self would be to "work harder," the rapper said, "I was just like, 'Work harder? Like Mike, you moonwalked until your shoes were almost flip-flops. What else could you do?' But it pushed me somewhere else because I feel like there’s always room for improvement."

And it seems as if Elliott has taken that idea to heart, as she has even more music on the way after her history-making induction. She released her latest single, "I'm Better," in January 2017, as well as the track "WTF (Where They From)" the year before, and teased that she was working on a brand new album. "I got some heaters. I most definitely got some heaters," she told the AP in 2016.

However, she did note that she was hesitant to give a solid date when fans could expect new music, adding, "I’m not going to say when they’re coming because, you know, I always think that’s the setup when you say it’s coming and you give a date and you don’t drop on that date — oh man! It’s like those fans out there will stone you. I’m not saying the date, but I got some heaters."

Elliott's career has also thrived since her debut album in 1997 despite her ongoing battle with Grave's disease, an autoimmune illness, which forced her to take a step back from the spotlight. In 2016, she told Billboard that "My blood pressure was always up from just overworking," explaining the effect that her illness has had on her over the years.

Her ability to overcome obstacles and still make plenty of "heaters" for her fans over the years make it clear that it's about time for Elliott to be honored in such an incredible way. Hopefully, the "Supa Dupa Fly" rapper's historical moment will just be the first of many to come for women in hip-hop.