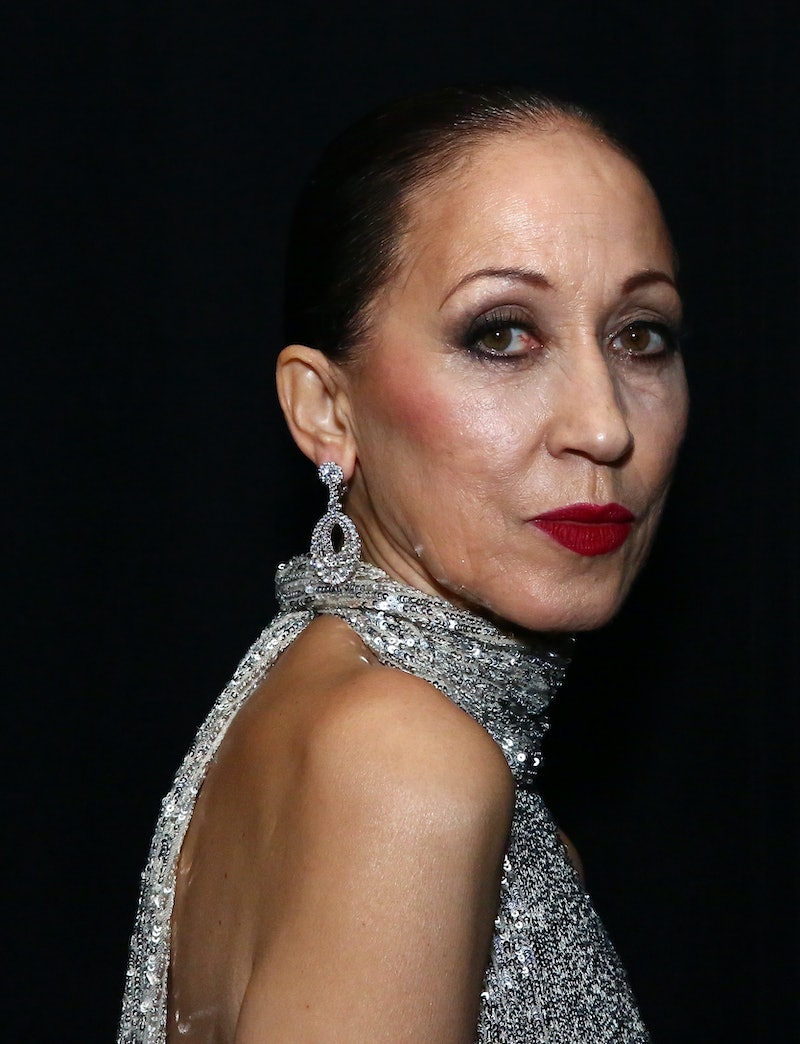 The legendary supermodel Pat Cleveland has been diagnosed with colon cancer, according to a recent report from Page Six. Shortly after gracing the Tommy Hilfiger x Zendaya runway show during Paris Fashion Week in early March, the 68-year-old model became sick and was taken to a local hospital where she underwent emergency surgery for a cancerous tumor obstructing her colon. Her husband Paul Van Ravenstein, a photographer, has set up a GoFundMe campaign to help pay for Cleveland’s treatment.

Cleveland rose to prominence in the late '60s and '70s as a model, notably becoming one of the first African-American models to achieve mass success in the fashion industry and paving the way for many others in the years to come, according to Harper's Bazaar. But even with her influential career, the costs of healthcare are prohibitive: Page Six reports that Cleveland can’t afford the treatment because she has Medicare, which does not cover the cost of treatment received abroad. So far, the campaign has raised roughly $67,000 of its total $150,000 goal, an amount donated by 283 people over the course of two days.

Van Ravenstein wrote in the the campaign description: “While in Paris this week, Pat was unexpectedly admitted to the hospital where the doctors discovered colon cancer. Pat has had surgery and will remain in Paris recovering until the doctors clear her for travel. Thankfully, Anna has been by Pat’s side throughout, taking great care of her mom. I am headed to Paris this week and hope to have her back home soon so she can begin treatments here in the U.S….We are looking forward to having Pat back to her old self again very soon!”

Colon cancer is the third most common cancer among men and women in the United States, according to the CDC. Symptoms of colon cancer can include changes in bowel habits, blood in your stool, stomach pain, or fatigue, according to Mayo Clinic.

In an interview with Page Six, Cleveland’s husband said that her diagnosis was a shock to the family. “She is so healthy, she is a vegan, doesn’t drink or smoke, she has had some stomach complaints for a few months, it got a little better but not totally, but when she got to Paris she felt very uncomfortable, her belly was swollen, and the doctor told her to get in a taxi and go to the American Hospital in Paris immediately,” he said. “A scan found a cancerous tumor blocking her colon, and she went into surgery immediately and they operated on her for two and a half hours.”

Van Ravenstein called the incident “totally unexpected,” but added that “Pat is doing OK, she is staying very strong.” He said that Cleveland will need to undergo chemotherapy in a month’s time, and that the family is hoping she’ll be able to travel back to the U.S. for treatment.

Despite the groundbreaking supermodel’s long and storied career, the expenses of health care are still a burden for her family. Van Ravenstein explained, “Pat has had a successful career, but we are not rich, she modeled in the days when there was no big paychecks, no big endorsement deals. It was not big money like some of these models make today...Pat has no health insurance, she only has Medicare, which won’t cover anything outside of the country. We didn’t even think about it because Pat has been so healthy. We had no option but to set up a GoFundMe, we have been so grateful for everyone’s support, she’s worked with so many people over her career.”

In an interview with Women’s Wear Daily, Van Ravenstein said that the doctors think they will potentially be able to release Cleveland from the hospital as soon as April 8. Cleveland’s daughter Anna, a successful model in her own right, has also posted tributes to her mother on Instagram linking to the GoFundMe page.