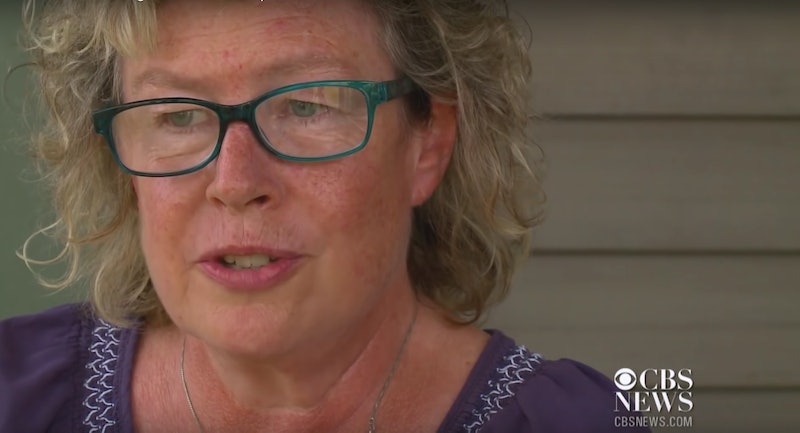 The murder of Mollie Tibbetts in mid-2018, allegedly by an undocumented immigrant, became a rallying cry for anti-immigration activists. In a new Washington Post profile, Tibbetts' mom spoke out about her daughter's death becoming a flashpoint in the immigration debate, and revealed a surprising way in which she's helped coped with that fallout.

Tibbetts went missing in July 2018, and her body was discovered in a cornfield one month later. An undocumented immigrant named Cristhian Bahena Rivera was eventually charged with her murder, and Tibbetts' death has been cited several times by President Trump as a reason to adopt stringent anti-immigration policies.

Study after study has shown that immigrants, documented and undocumented alike, commit fewer crimes than native-born Americans. Nevertheless, anti-immigration hawks often latch on to examples of alleged crimes by immigrants against native-born Americans, presenting such incidents as evidence of the supposed dangers that foreigners pose to Americans. Both before and after becoming president, Trump appeared on stage with parents of children who lost their lives at the hands of undocumented immigrants, while the shooting of Kathryn Steinle in 2015 became a cause célèbre for anti-immigration activists years before Tibbetts was killed.

Prosecutors told Calderwood that her daughter was brutally murdered an undocumented immigrant. But Calderwood didn't become an anti-immigration hardliner; she was politically liberal before Mollie's death, according to the Post, and remained so afterwards. According to the Post, she "hated" hearing her daughter's name spoken by Trump — who, despite referencing Mollie in political speeches many times, has never called Calderwood to offer his condolences, she said.

Calderwood didn't adopt anti-immigrant views after the death of her daughter, who supported compassionate immigration policies, according to the Post. In fact, she took Ulises Felix, the 17-year-old son of immigrant parents, into her home after his parents were harassed in the aftermath of Mollie's murder and moved away.

Even more remarkable is the fact that Ulises knew Bahena Rivera well. According to the Post, Ulises's parents worked at the same farm as Bahena Rivera, whose family was thousands of miles away in Mexico, and acted as sort of surrogate parents to him. Bahena Rivera ended up dating and having a child with Ulises's cousin, and spent Thanksgiving in the family's home in 2015.

But after Bahena Rivera was arrested and charged with murder, Ulises's life was upended. His parents began receiving racist phone calls and hate mail from anti-immigration hardliners, the Post reported, and eventually came to believe that they were no longer safe in Iowa. They left town and moved in with family members in Illinois — but Ulises wanted to finish high school in his hometown. He happened to be friends with Tibbett's brother, who suggested that Ulises move in to a spare room in their home. So he did.

According to the Post, taking Ulises into her home has helped Calderwood fill the hole left by Tibbetts' death, and the two have grown close. When Ulises injured his ankle playing basketball, Calderwood was the first one he called, and she cared for him during his recovery.

Bahena Rivera pleaded not guilty to Tibbetts' murder. His trial is scheduled for April 16, 2019.