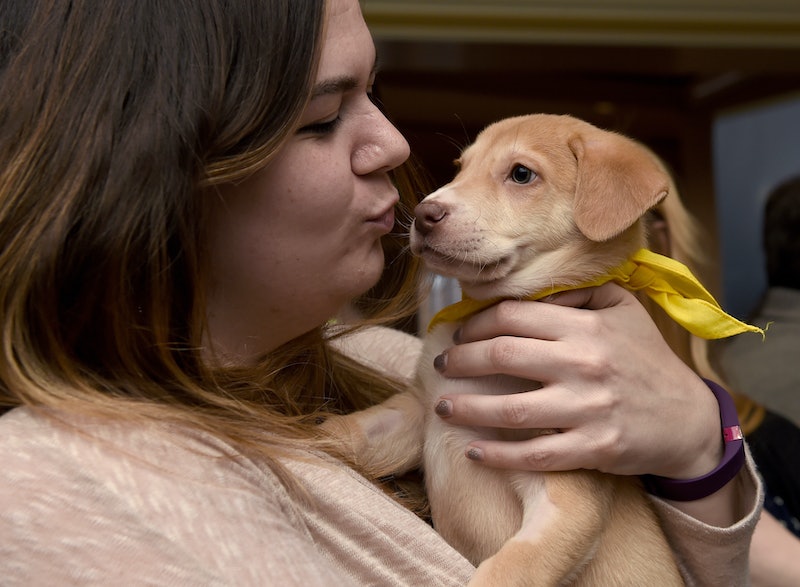 If you’re about to welcome a new baby into your home, you have a lot of decisions to make. What kind of parent will you be? Where will you put the crib? Will you play Mozart because it’s supposed to make your baby smarter even though listening to classical music makes you want to scream? I mean, how smart does a kid really have to be anyway? And what are you supposed to do with your other babies, the furry ones with three-to-four legs? Well, one of these questions has been answered for you. A study published in the journal Microbiome found that pets can boost your baby’s immune system before they’re even born.

The study was conducted by researchers at the University of Alberta, who found that babies born into households with pets had higher levels of gut microbes that boost immunity to certain conditions, specifically Ruminococcus and Oscillospira, which reduce the risk of allergies and obesity respectively.

To gather data, lead author Dr. Anita Kozyrskyj and her team compared fecal samples from 746 Canadian infants (I spent a solid ten minutes workshopping various poop jokes to slip in here but I’m going to abstain because I am a matoor and sophisticated adult who respects science and academics and babies). The infants fell into one of three categories: those from households with pets, those from households that had a pet during pregnancy but gave it up once the baby was born, and those from households without pets.

Researchers found that children born into households with pets had twice the amount of Ruminococcus and Oscillospira, even if their parents had given up the pet before the bay was born. This suggests that pet exposure can affect a child’s immune system indirectly, with bacteria transferring from the pet, to the mother, to the baby.

The study is part of a growing body of evidence that finds exposing kids to certain germs and bacteria when they’re young could help them develop a stronger immune system, and lower their risk of developing allergies, asthma, or other autoimmune diseases as they get older. Another study even found that children who were exposed to more animal feces or had more cases of diarrhea before age two are less likely to develop inflammation in their bodies later on, which lowers their likelihood of developing chronic illnesses such as heart disease and diabetes. So the next time someone side eyes because your kid looks like Pig Pen, just tell them it’s for health purposes.

Dr. Kozyrskyj says that it’s not so far-fetched to imagine that doctors could someday officially recommend pet exposure during pregnancy. (Oh but when I go to the dog park alone with a piece of paper that says “Doctor-recommended puppy petting” everyone gets all weird about it and asks me to leave.) She even suggests that scientists could develop a “dog in a pill” supplement to help pregnant mothers pass on important microbes to their babies.

So if you’re a soon-to-be mom, keep Fido around. You’ll need his cuddles and kisses and most importantly, his gross doggy germs.

More like this
Pret & Costa’s Coffee Is The Strongest On The High Street, According To Which?
By Sam Ramsden
Ashamed Of Your Screen Time Stats? Here's How To Change That
By Alexis Morillo
The 11 Benefits Of Aerial Yoga, According To Trainers
By Carolyn Steber
The Secret To Mastering Crow Pose In Yoga
By Carolyn Steber
Get Even More From Bustle — Sign Up For The Newsletter
From hair trends to relationship advice, our daily newsletter has everything you need to sound like a person who’s on TikTok, even if you aren’t.