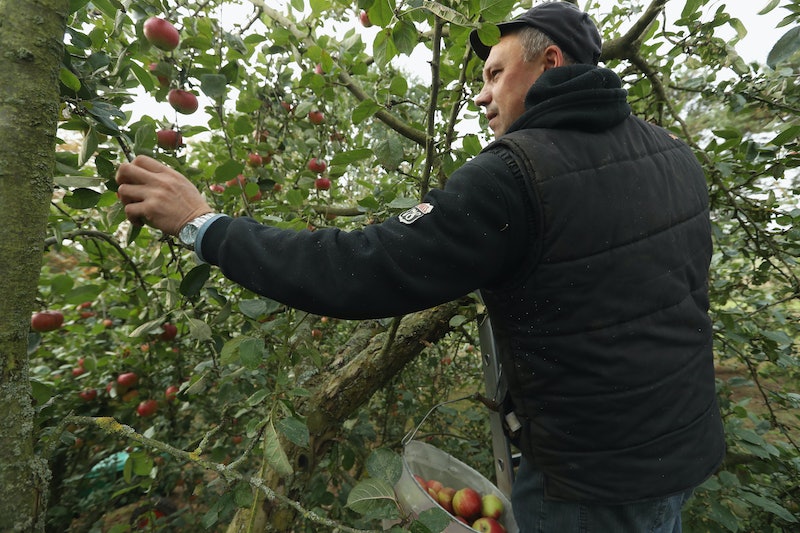 The Human Rights Campaign’s (HRC) Corporate Equality Index revealed recently LGBTQ-friendly workplaces are at an all time high, and that is more than enough cause for celebration. But some people weren’t happy about the inclusion of the Monsanto Company — a huge agricultural company that has a history of questionable practices, labor exploitation, and public scrutiny. Monsanto scored a perfect 100 on the index report, along with big companies such as Apple, General Electric, Verizon, Amazon, and hundreds more. Upon the release of HRC’s report, many in the LGBTQ community took to Twitter to drag the human rights organization for including a company that many feel is anti-progressive.

The HRC's annual index rates companies based on their LGBTQ inclusiveness. The measures they focused on were: sexual orientation in U.S. non-discrimination policy; gender identity in U.S. nondiscrimination policy; domestic partner benefits; transgender-inclusive benefits; organizational LGBTQ competency; and public commitment to the LGBTQ community, according to a press release. Nearly two-thirds of the companies measured scored a 100 on HRC's scale, which is a positive sign for LGBTQ inclusivity in American businesses. However, just because a company is recognized positively in one area, it doesn't mean that all its business practices are similarly progressive.

Nic Holas, the co-founder of the HIV-positive group The Institute of Many, tweeted on Nov. 14, “JFC. Between this and the LGBT Awards being sponsored by Dow Chemicals (who manufactured agent orange and napalm for the US), I despair for the queer community's soul.” The naming of Monsanto to this list is problematic because, generally, activism and capitalist corporations have opposing goals. Large companies are often accused of committing human rights’ violations in our society, so some people felt that it was ironic that corporations like Monsanto would receive a gold star from an organization that fights for equality.

Other people also took to social media to share their disappointment in the lack of intersectionality displayed by this decision.

Monsanto's labor practices have continued to draw scrutiny long after Food, Inc. In 2016, the company leased a migrant labor camp in Illinois to house farmworkers to work them under demanding conditions. Moreover, reports of Monsanto’s mistreatment not only extends to their workers, but also to fellow farmers who have been sued or intimidated by the large company. Even if Monsanto truly is a friendly LGBTQ-friendly work environment, people are saying that the point seems moot when their other practices have served to further marginalize other vulnerable populations.

Not only are people angry at Monsanto for receiving this award despite the allegedly unethical treatment of past employees and the environment, the LGBTQ community has also directed outrage towards the Human Rights Campaign for the decision, too. Miguel M. Morales, a queer farmworker and writer, addressed the Human Rights Campaign in a tweet, saying, “Thanks for selling us [farmworkers] out so you can have a f*cking new corporate sponsor.” The HRC has had a contentious relationship with the LGBTQ community, and has been under scrutiny for lack of inclusion of trans people. Additionally, the organization has been dubbed a “White Man’s Club” by LGBTQ magazine The Advocate because the leadership at HRC is predominantly white, gay men. The Human Rights Campaign decision to name Monsanto as a perfect scoring LGBTQ-friendly company feels short-sighted to many, and out of line with HRC’s mission of equality.

LGBTQ advocates and organization have worked hard to achieve this kind of workplace equality, and that progress is not to be diminished. However, the LGBTQ community must strive to become more inclusive and intersectional in its practice, and center marginalized people who have been left out of the conversation in the past. And many people feel that including Monsanto in the Corporate Equality Index hurts the community, instead of helps.

More like this
Jujubee’s Humble Reminder
By Sam Ramsden
Megan Barton-Hanson On Bi-Visibility & The Need For LGBTQ+ Love Island
By Sam Ramsden
How To Come Out Online, According To Trevi Moran
By Melanie Mignucci
Rylan Clark Is Ready To Party
By Sam Ramsden
Get Even More From Bustle — Sign Up For The Newsletter