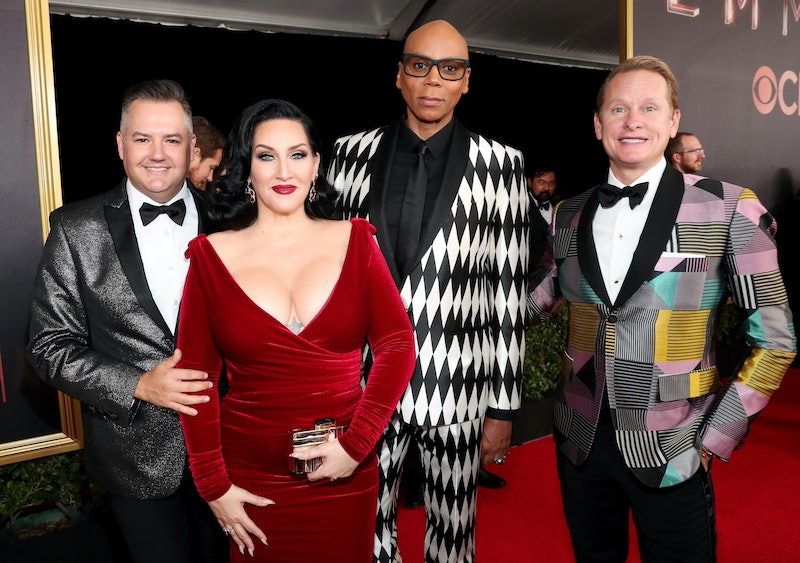 It finally happened. The twist that’s RuPaul has been teasing the whole season long finally was revealed. One of the eliminated queens has been brought back into the competition. Morgan McMichaels returned to RuPaul's Drag Race All Stars 3 and there’s now a major wildcard present in the final five. Despite Morgan’s return not being the biggest twist of the night, it may be the most interesting twist going forward.

During Episode 6, the lip-sync winner had the opportunity to not only pick the queen sent home — as usual — but also to pick the queen that would return to the competition. When BenDeLaCreme won, she decided that Morgan should return to the competition. However, that almost immediately became old news as DeLa decided to send herself home instead of one of the bottom queens for the week.

While DeLa eliminating herself was certainly a huge shock, her choice to bring back Morgan was a bit surprising, too. After all, earlier in the episode, the two had what was DeLa’s first spat of the season. Morgan called DeLa a hypocrite for sending her home Week 1 and there was some noticeable tension between the two. The tension caused DeLa to create a gothic character for herself in Week 6’s performance.

Before they performed though, the pair made up when Morgan apologized for being harsh with DeLa. Perhaps that simple apology was a major reason why DeLa brought Morgan back into the competition. Her explanation for bringing Morgan back into the competition didn’t include the apology, though. Instead DeLa focused on the fact that she thought Morgan needed more time to show what she was truly capable of in her performances. After all, she was eliminated after only one week in the competition. When she announced her decision, she said to Morgan, “Get in here and make me proud.”

Eliminated queens returning to the series has been a staple of All Stars, so avid fans of the series were expecting something like this to happen sooner or later. Ever since the first episode of this season, Ru had been leaving messages for the queens, teasing of their return. Whenever they were sent home, Ru would hint at the opportunity for their revenge. Along with Ru's video messages, former All Stars winners Alaska (Season 2) and Chad Michaels (Season 1) were always seen lurking in the background dressed in the iconic red cloaks and white hats from The Handmaid's Tale. That twist was brought to a conclusion when they revealed their names, followed by the name of the queen who eliminated them, as though they were the winning queen’s handmaidens (i.e. Thorgy Thor introduced herself as: “Thorgy of Shangela”).

Now that Morgan is back in the competition, there are a few reasons she may just have an easier time succeeding than the other contestants. First, she has been gone for five weeks, meaning that she has been resting that entire time while the remaining queens have been competing. They have done numerous challenges and been under the stress of being able to be sent home. It’s safe to assume that Kennedy, Trixie, Shangela, and BeBe are all more tired than Morgan will be. Apart from being fresh, as Morgan re-enters the competition, she may have more tricks up her sleeve. While the other queens have had to have varied performances to stay fresh, Morgan can bring all new stuff because none of it has been seen before. Fans of the show also know that she is capable of winning. In her original appearance in Season 2, she won the very first challenge of the competition.

But, only having two weeks worth of experience in this season may put Morgan McMichaels at a bit of a disadvantage. Still, it’s important to remember that this is Drag Race All Stars, which means that Morgan and the rest of the group have all been through the rigors of competing on the show before. In fact, her absence from the show and the drama, may just prove to be her secret weapon. There is still so much for her to be able to show the judges and the other competitors that she just may surprise everyone and snatch that crown.