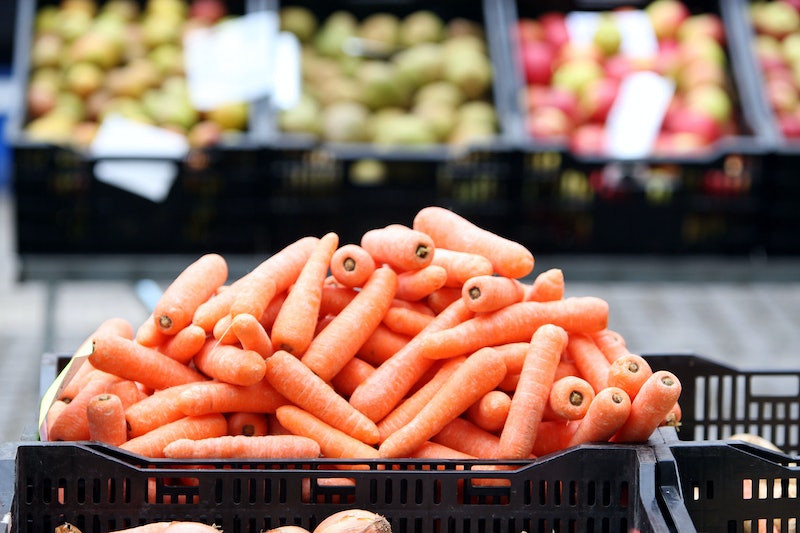 Sometimes best before dates are a little too cautious, meaning perfectly edible food ends up going to waste. So now, one supermarket trying to address unnecessary food waste in stores with a new initiative. Morrisons is set to sell boxes of food that's past its best before date. And the best bit is they'll be priced at only £3 per box!

Morrisons will sell the discounted food boxes through the app Too Good to Go. They'll be made up of unsold fruit, vegetables, baked goods, and deli items worth up to £10 that have passed their “best before” date but are still OK to eat. They have already trialled it in some stores with great success and will now be rolling it out to 494 branches nationwide. And just to make it more exciting, according to iNews, what’s in the boxes will be a complete surprise, meaning customers won’t know what they’re getting until they come in store to pick them.

According to The Grocer, Jayne Wall, Market Street director at Morrisons, said the move will help reduce waste over the Christmas period: “We are using technology to help us reduce food waste and to help more people afford to eat well. It will also mean we waste less food this Christmas as it will find a home for products that can’t be sold after the festive period.” Hayley Conick, UK country manager at Too Good To Go, said: “Every single day perfectly edible food goes to waste simply because it isn’t sold, and this is having detrimental effects on our planet."

It comes after the supermarket pledged to reduce food waste by 50% by 2030. Food waste is a big problem, not just in the UK, but globally. The Guardian reports “each year, 1.6bn tonnes of food worth approximately $1.2tn, goes to waste” this means about one-third of the food produced globally is lost or wasted. More worryingly, this food waste contributes to 8 percent of total global greenhouse gas emissions. Morrisons isn't the first supermarket to step up to the plate and cut down on the food waste. Tesco set up a “perfectly imperfect” range back in 2016 which initially sold 15 types of produce. And Lidl sells a “Too Good To Waste” fruit and vegetable box nationwide for just £1.50. And they might not be as aesthetically pleasing to the eye, but everyone knows wonky and misshapen fruit and vegetables taste just like their more aligned counterparts.