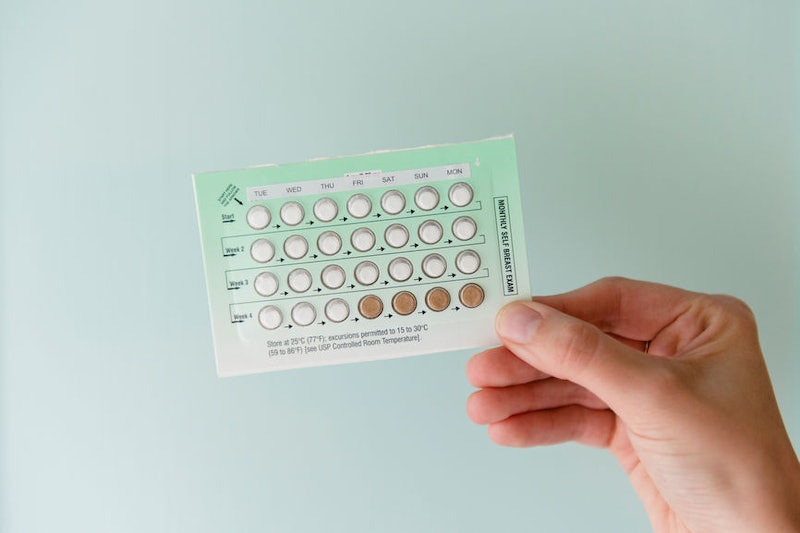 "Our polling reconfirms what we already know which is that the majority of people in the United States support broad-based access and public funding for birth control," Ginny Ehrlich, CEO of Power to Decide, tells Bustle. "However, we were surprised that the polling also revealed that nearly three-quarters (72 percent) of 18-29 year olds report being concerned that women may not be able to access the full range of birth control methods in the future because of today’s political landscape."

There was also a sense that our administration is far behind the view of the people when it comes to birth control. "Our young people are embarking on their own life journey and along the way they are trying to maximize every opportunity that provides them with the ability to live life on their own terms," Ehrlich says. "Unfortunately, this administration’s regulations and policies that limit women’s critical access to birth control are out of step with the overwhelming public sentiment."

The survey had a lot to say about our country and our support for birth control — here's what else the results showed.

More like this
How To Do The Intimacy-Boosting Lotus Sex Position
By Laken Howard and Lexi Inks
Are Quality Time & Physical Touch Love Languages Compatible?
By Lexi Inks
Young People Are Still Experiencing Period Poverty In UK Schools
By Sophie McEvoy
Cookie Jarring Is The Dating Term You Need To Know
By Sophie McEvoy
Get Even More From Bustle — Sign Up For The Newsletter