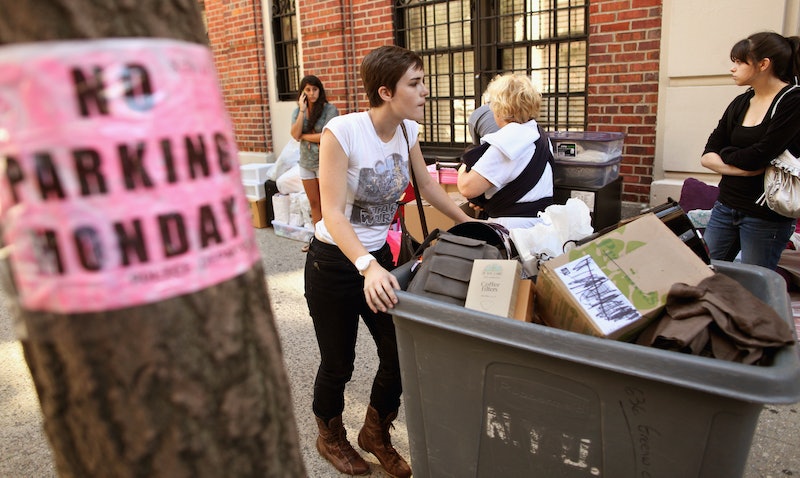 Research has shown that moving is more stressful than divorce. Personally, as someone who has moved 17 times in 15 years, I can agree with this 100 percent. Studies have consistently reported that moving is one of the most stressful life events because the amount of tiny details involved in moving to a new home makes a lot of people feel hella bajiggity. British energy company E.ON conducted a survey of 2,000 people, and six out of 10 people cited moving as the most stressful life event with divorce or a break up coming in second. What's more, if you're moving because of a break up, the stress can become overwhelming.

"Extensive research has demonstrated that accumulating a high number of life change units within a brief period of time (one or two years) is related to a wide range of physical illnesses (even accidents and athletic injuries) and mental health problems," Lumen Learning noted on its website. While you probably fully intend to prepare for you big move, the stress and anxiety that comes with finding a new home, putting things in boxes, deciding what to keep or toss, and organizing the actual move is enough to make even the most organized person want to take a nap. Here's why moving is so overwhelming, along with a few ways to make it suck less.