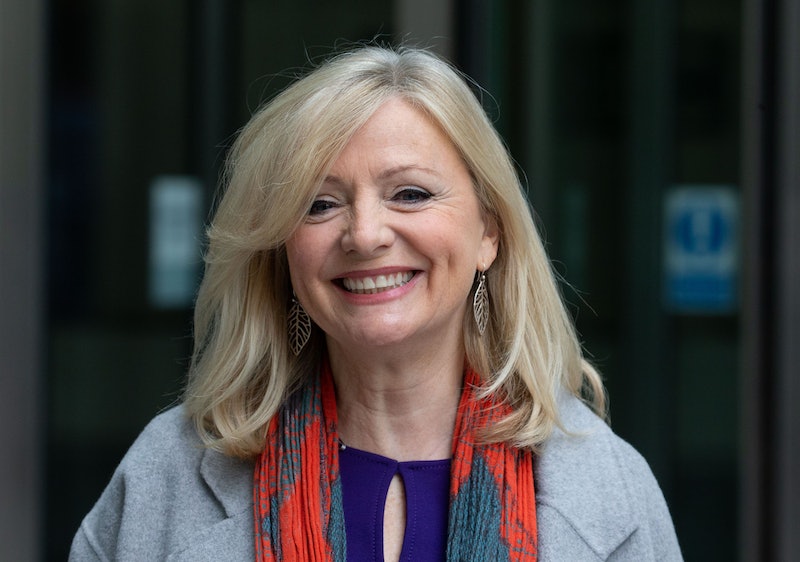 On Feb. 3, Shadow Culture Secretary Tracy Brabin stood in the House of Commons to raise a critical point about the restriction placed on journalists at a recent Downing Street press briefing about Brexit. Sadly, however, it wasn't what the MP said that made the biggest impact. Instead, it was Brabin's choice of outfit that garnered thousands of comments both online and in the media.

The outfit in question was an off-the-shoulder black dress, which has since been described as "controversial," "inappropriate," and "silly." TV commentator Carole Malone said, “It wasn't just off the shoulder it was completely off the shoulder. There is a dress code in Parliament. If a male MP turned up in joggers and tracksuit he would be criticised and rightly so. When you wear something like that it detracts from what you're saying.”

However, Brabin, who represents Batley and Spen, has responded in a big way. Writing on Twitter Brabin said, “Sorry I don’t have time to reply to all of you commenting on this but I can confirm I’m not....a slag, hungover, a tart, about to breastfeed, a slapper, drunk, just been banged over a wheelie bin. Who knew people could get so emotional over a shoulder?”

The MP also appeared on ITV’s Lorraine and BBC Breakfast condemning the abuse she’s received. Speaking to Lorraine, Brabin explained the "dress did slip slightly because I have broken ankle and I had to lean a little bit on the dispatch box." She continued: "To be honest, it's a huge distraction from what I'm saying and what's important about transparency and political standards working with the press."

On BBC Breakfast, the MP said: “Women around the world... are being demeaned every day because of what they wear. But, the context of this is frankly pretty absurd. I am here talking about a shoulder when it is an important time for the media."

Speaking to BBC Radio Leeds she said, “This is everyday sexism where women are continually judged for what they wear, how they look and not what they say. Why is that? It's a way to silence us.”

Among the criticism, however, the MP also received support, including from public figures such as Stacey Dooley and David Schneider.

And while Brabin’s off-the-shoulder dress has frustrated some, it’s done wonders for Asos. The black, pleated shoulder pencil dress is from the online retailer and costs only £35. After Brabin was seen wearing it in the House of Commons, ASOS placed a warning on the item that stock was "selling fast."

More like this
Women Around The World Are Cutting Their Hair In Solidarity With Mahsa Amini
By Darshita Goyal
Chris Kaba's Family Continue Fight For Justice After Viewing Police Bodycam Footage
By Sophie McEvoy
How To Shop Your Favourite Celebrities’ Closets On Depop
By Darshita Goyal
Dr. Martens’ New Collab Reimagines A DM Classic
By Frances Stewart
Get The Very Best Of Bustle/UK