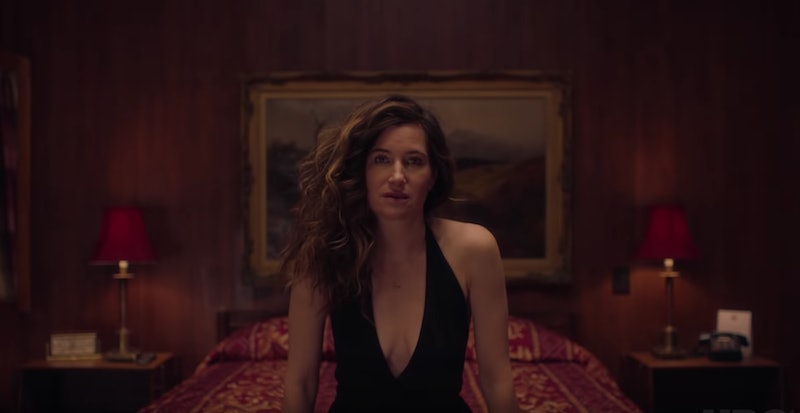 “Lick my nipples,” Eve Fletcher instructs her one-night stand Michael after throwing him onto the bed in a white wine-induced frenzy. Her cozy green sweater crumpled on the floor, she leans her head back in ecstasy, until — “Now you lick mine,” Michael instructs. The record scratches; the moment is spoiled. The titular Mrs. Fletcher (Kathryn Hahn) is amid a sexual awakening, but this moment in Episode 5 is her first foray into something physical.

Back at his place, Eve is forced to confront the fact that fantasy does not always translate seamlessly into real life. The sex is far from perfection (he insists on sucking her fingers, humps her frantically, and finishes too quickly), but there is still something spectacular about the encounter.

“By no one's standards is it good sex,” Perrotta says with a laugh. “But when she walks out that door and that smile blooms slowly on her face, it's because she had an adventure and she is going to learn from it. It didn’t have to be great, it just had to require a certain kind of courage, and by taking charge of her own desires she made a big step forward and she is energized by it.”

“Eve is someone who is smoldering at the beginning,” says Elle McLeland, the staff writer behind this episode. “She has so much built up and untapped emotion, kind of like all of us. [The episode is about] finding a point in our lives where we feel comfortable to tap into that and believe it and let it get messy.”

More like this
Daryl McCormack On His Unusual First Audition With Emma Thompson
By Olivia-Anne Cleary
Julie Andrews Revealed A Surprising Behind-The-Scenes 'Bridgerton' Detail
By Grace Wehniainen
Everything We Know About When To Expect Money Heist: Korea Part 2
By Kadin Burnett
Who Could Die In The Stranger Things Season 4 Finale?
By Kadin Burnett
Get Even More From Bustle — Sign Up For The Newsletter