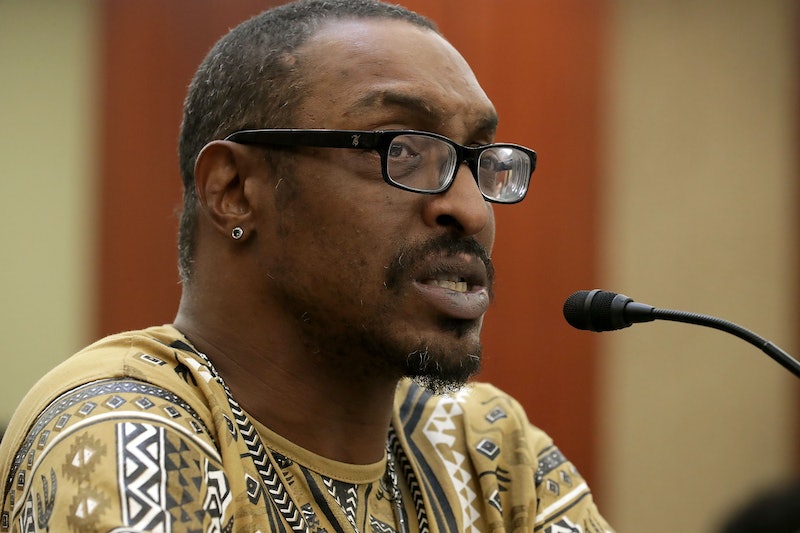 Just weeks after immigration officials stopped and questioned him and his mother at Fort Lauderdale-Hollywood International Airport, Muhammad Ali Jr. was reportedly detained again at Ronald Reagan Washington National Airport on Friday. Rep. Debbie Wasserman Schultz, who was a passenger on the same flight, suggested the incident was motivated by Ali's Muslim faith. "On way home on DOMESTIC FLIGHT Muhammad Ali Jr. detained AGAIN by @DHSgov," she tweeted. "Religiously profiling son of 'The Greatest' will not make us safe."

Ali has asserted the same conclusion ever since the Fort Lauderdale episode, which reportedly lasted nearly two hours. "To the Ali family, it's crystal clear that this is directly linked to Mr. Trump's efforts to ban Muslims from the United States," said Chris Mancini, Ali's lawyer. Given that Ali was born in the U.S. and holds and U.S. passport, the lengthiness of his questioning becomes more suspect. Mancini insisted that the family was flagged for their "Arabic-sounding names" and that during Ali's questioning, officials repeatedly asked the questions "Are you Muslim?" and "Where did you get your name from?"

The Friday incident at Reagan Washington National Airport was shorter than the first, but it still posed inconveniences for Ali and other passengers, and no reasoning for his detainment has been provided. Ali's lawyer told the Courier-Journal that a Transportation Security Administration official rejected Ali's Illinois state ID at the ticket counter and put him on the phone with the Department of Homeland Security to verify his identity. Mancini said the call lasted 20 minutes.

The TSA denied having detained Ali. "In the security world detain means to take into custody," a spokesperson wrote in an email to the Courier-Journal. "We don’t do that. Law enforcement does." The agency could not confirm why Ali was stopped at the ticket counter.

President Trump signed a new travel ban on six Muslim-majority countries on Monday, once again sparking controversy across the country. On Thursday Ali and his mother gave testimonies at a forum in Capitol Hill about their experiences being stopped in Fort Lauderdale. “I was just appalled," Ali said. "I’m a U.S. citizen and they’re asking me what is my religion?”

Though the U.S. Customs and Border Protection released a statement to the Washington Post asserting that the agency does not discriminate "based on religion, race, ethnicity or sexual orientation," it is notable that Ali and his mother had these experiences while Trump's travel bans were in effect. If incidents like this continue to happen, it's going to be hard (harder than it already is) to deny that religion is a factor in who the president's executive order targets.