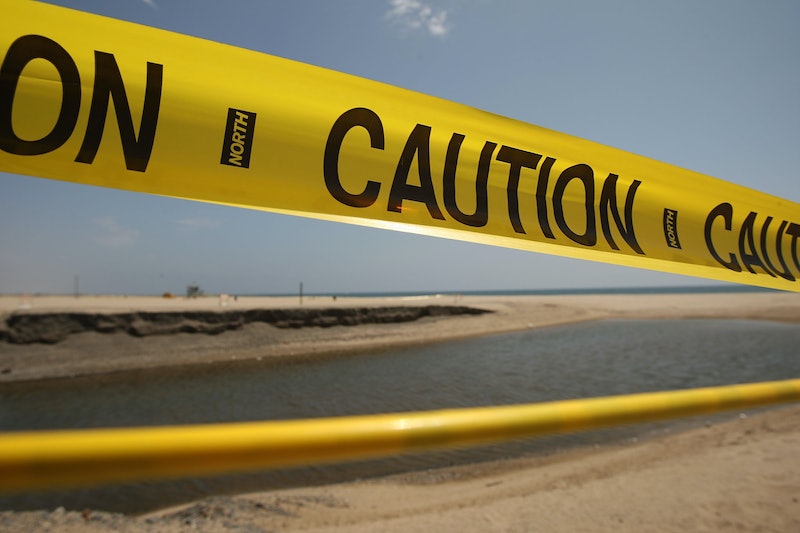 Reports have just emerged of a fatal shooting at a business headquarters in Orlando. So far, the only pieces of information that have been released to the public are that multiple people were killed in the shooting and that the police have stabilized the situation. WTFV is now reporting that five people have died — four victims, and the shooter.

The shooting took place at an industrial area in suburban Orlando, northeast of downtown. The Orange County Sheriff's Office tweeted an update, saying "OCSO working shooting scene that has stabilized. Multiple fatalities. Situation contained. Sheriff will brief as soon as info is accurate." But despite the news that the situation has been contained, there is still a significant police presence in the immediate area. However, the community can be assured that no one is in any danger at the moment.

Many questions remain about the shooting, as the public is still waiting on information about the victims and the shooter; presumably, the Orlando County Sheriff is trying to confirm all of that before publicizing anything.

This shooting does come at a sensitive time, however, as it is only a week before the anniversary of the Pulse nightclub shooting in Orlando. That was the deadliest mass shooting in modern American history, killing 49 people at a gay nightclub that was having a Latino dance night.

CBS News reports that the FBI is at the scene, although the shooter's motive still has yet to be determined. Early reports from Orlando local news sources say that the shooter was a frustrated employee of the business, but this has not yet been confirmed by the sheriff's office. According to police reports, there is no connection to terrorism. Emerging reports now say that the shooting happened at Fiamma Inc., a company that makes awnings for recreational vehicles.

So far, the president has not yet responded to the shooting, although discussion is already raging on Twitter about what his response will be. Trump's Twitter responses to the London attacks over the weekend included a comment about how a gun control debate was unnecessary, which many are now calling into question.

The shooting in Orlando is unfortunately one of many that have already taken place in 2017; in addition, according to FBI data, 45 percent of active shootings happen at workplaces. This heartbreaking attack must not be normalized, however.

Florida Gov. Rick Scott has now responded to the shooting, calling for solidarity with Orlando:

The Orange County Sheriff's Office will hold a press conference shortly to share the information that they have gathered about the shooting. For now, it at least seems clear that the situation is completely contained, and so the community is safe.