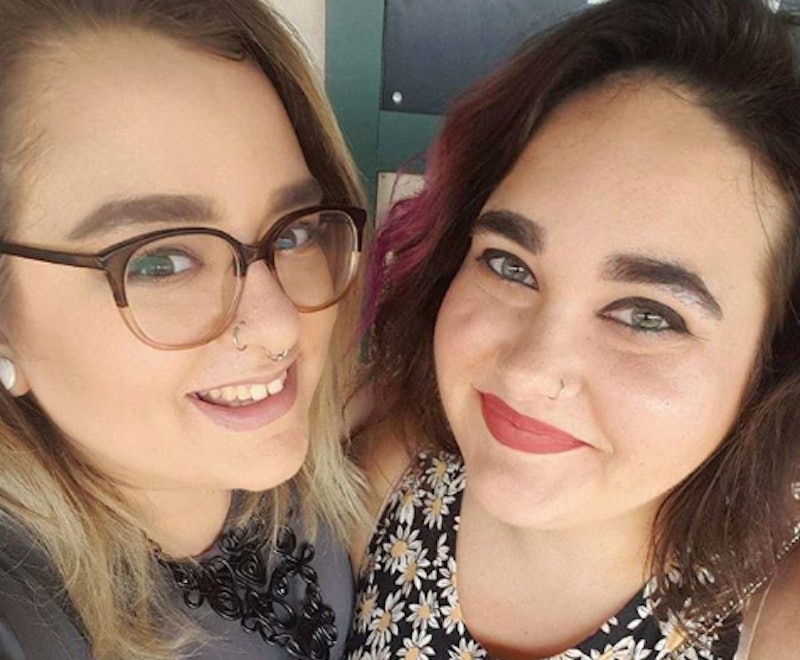 More than three years ago, in July, my girlfriend turned over in our bed so she could look at me face-to-face. Then, she said, “We need to talk.” It could easily have been the end of our story, but it wasn’t. Yes, we did break up that night, but we didn’t split apart in the way that many ex-couples do.

Instead of storming out, deleting all our old photos of each other from Instagram and Facebook, and never speaking again, Katie and I decided to celebrate our breakup. The next day, we went to Coney Island and wandered along the beach together. A year later, as the first anniversary of our breakup approached, we decided to celebrate again: this time, with an Italian-style brunch and some sour cream and honey donuts. Thus began our new anniversary, our “breakupiversary.”

Katie and I have gone out on breakupiversary dates every year since our split. First, there were the donuts, then we went to an upscale Indian restaurant. This year, we spent the day eating duck fat french fries (for me) and vegan Filipino desserts (for her) at a Brooklyn food festival. We like to joke that our breakupiversary is just an excuse to stuff our faces with fancier food than our budgets would typically allow (and to snap a good Instagram photo, tbh). But our yearly celebrations are also time for Katie and me to remember how lucky we are to have each other. Katie knows me better than anyone — my ambitions, my fears, my vices, and my needs — and that’s because we dated for nearly four years.

Sure, our friendship sometimes makes for awkward first-date conversations (so does the fact that we live together, which is a whole other story). But, both Katie and I have found that our dates often admire our ability to be super close with an ex, even if they can’t fathom being friends with an ex themselves. Even if they can applaud our close relationship, plenty of people find my and Katie’s friendship (and our yearly breakupiversary dates) strange, because common sense says that ex-couples should hate each other. How can you be so close to someone who didn’t want you? — that’s the sentiment I hear again and again. Yet, the traditional narrative of boy meets girl (or girl meets girl, in our case), couple is happy for a while, couple starts fighting, couple can't stand each other, couple breaks up and wishes to never see each others’ faces again, seems to be crumbling. More and more, ex-couples like Katie and I are choosing to celebrate their breakups, rather than resent them.

In 2017, Jesse Donaldson’s friends broke off their engagement and then threw a breakup party. “The place was decked out like it was an actual fucking party. Balloons. Streamers. They had snacks,” Donaldson wrote for Vice. The party had a memory wall, for which the ex-couple asked their friends to share their favorite memory of them together. And then there was a slideshow: a timeline of their relationship. In 2016, Jeff Becerra and Michelle Mahoney threw a party for their friends and family to celebrate the end of their 24 years of marriage. And in 2011, married singer-songwriters Jack White and Karen Elson threw a party to celebrate the finalization of their divorce (though Elson later took a restraining order out against White, so that ex-couple probably isn’t too amicable anymore).

While Donaldson seems to think the party he attended was awkward (but also admits that his opinion may be colored by the presence of his own ex at this party), I’d like to imagine that parties like this are sweet. They give the couple a chance to say goodbye to their relationship by inviting their friends and loved ones to reflect on the good times. These kinds of gatherings can also be helpful to the mutual friends left behind, who might otherwise feel the need to choose a side. Like the line in one former couple’s breakup song says, “Though it'll be awkward, yes, invite us to your parties, we will work it out.”

Yet, even those who don’t remain friends with their exes are beginning to see the plus side of celebrating their breakup rather than wallowing in regret. When she learned that her husband of two years had been cheating on her, Bustle writer Amanda Chatel decided to throw herself a bash at The Plaza in New York. “It was amazing,” she tells Bustle. “I had to take out a credit card specifically for that party.” She threw the party two years to the day that she and her ex-husband gotten married, on December 6, 2015, as a kind of “screw you” to her ex.

“Here he was living in a tiny apartment with this 20-year-old girl who had no job, "she says. "And here I was, sitting with all my fancy writer friends in Vera Wang shoes." Although the night started with a seed of revenge, it ended up being a way for Chatel to heal. When she woke up the next morning and looked around at all of the friends who’d joined her divorce party, she felt a sense of solace. “I thought, this was a closing of a chapter,” she says.

There are even services geared toward celebrating the end of relationships, from Temptation Cancun Resort’s "End of an Error" package for divorcees to the "Ax Your Ex" package, a hatchet-throwing party for releasing your past.

"[It's] become popular for anyone who wants a new beginning and a fresh start," Deven McCarthy, a spokesperson for Stumpy's Hachet House, tells Bustle. "It hasn’t always been about a person, but could be about “axing” a bad habit, toxic relationship, a dead end job, etc."

While it may be wishful thinking that more celebratory breakups are becoming a trend — since plenty of people do seem to keep hating their exes — it feels like change is in the air. Whether it’s a full-on breakup bash, a private breakupiversary date, or a chart-topping pop hit (I see you, Ariana Grande), breakups no longer have to be a heart-shattering disaster.