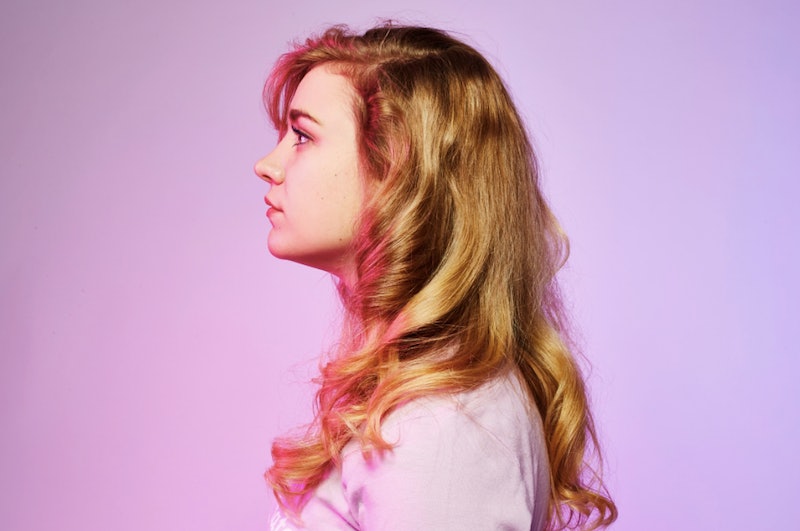 My New Year's resolutions are always the same: write more original fiction, spend less money, and convince Oscar Isaac to run away with me and spend the rest of our lives together in the Irish countryside. And every year, I look around in mid-January and discover that I have back slid into writing nerdy Star Wars fan fiction, somehow have Amazon Primed 16 packages at once, and am still on hold with Oscar Isaac's agent (... 's cousin's friend from college, but only maybe). By virtue of this, it seems only fitting that this year I let my friends give me New Year's resolutions, so that I could, perhaps, break the cycle of resolution failure, and make productive change in my human existence.

I will admit, as excited as I was by this prospect, there was a little indignant part of me that was resistant to getting advice from my cohorts — it's one thing to admit to yourself that there's a way that you can improve your life that you're actively ignoring, but it's quite another when a human being who cares about you brings it to your attention. But in the end, that's what made me all the more determined to see them through, to respect the time, the thought, and the understanding that my friends put into coming up with them. And so, my fate in their hands, I embarked on a mission this January to follow their New Year's resolutions and see what happened on the other side.

My first resolution came from Bustle's books editor, Cristina Arreola, who knows better than anyone that I am absolute trash for all things YA and Harry Potter, because a) we co-host Bustle's Harry Potter podcast, The Girls Who Lived, together, and b) she is my frequent source for good book recommendations. Her resolution for me was to read a book outside of my ~comfort zone~, particularly something in a nonfiction category.

And so, at the beginning of the year, I went to Cristina for a book recommendation unlike any that I had asked before — and she proposed Hidden Figures, the book upon which the 2016 film about the African-American women hired as "computers" by NASA in the 1960s is based.

My first surprise was that the movie had originally been in book form in the first place — while the movie is, of course, based on true events, I hadn't realized it wasn't the first medium for the story. The book has an extra layer of personal connection to it, because the author, Margot Lee Shetterly, conducted all the research for it herself, personally interviewing many of the women and digging through old archives about their time at NASA. The read was all the more fascinating because the reader is discovering this hidden history along with the woman who is writing it, and it feels like a much different journey than the movie, which, of course, presents it as a linear narrative. Because of the rec, I ended up finishing the book before I saw the movie, which served to enhance an already awesome experience.

And more to the point, I discovered that I am not a person who doesn't enjoy nonfiction! I admit that I am guilty of going for books that are more whimsical or fantasy-based, mostly because they tend to be gripping and rich with detail and very far from my own experience. But I found that this was gripping in an entirely different, far more human way, and I ended up finishing the book much faster than I expected I would. I'll definitely be adding more nonfiction books and memoirs to my rotation after this.

The second of my resolutions comes from Gaby Moss, Bustle's associate lifestyle editor and frequent receiver of my anxious Gchats anytime so much as a puppy seems to give me side-eye on the street. Her resolution was perhaps the most difficult one, because it was the least measurable, and also the most personal: stop self-undermining. (Blergh.)

Although most of the time, I can objectively step back in my human life and say, "Okay, I am successful and where I want to be at this stage of my existence," I am just as guilty as the next twentysomething in cavorting with my old friend Imposter Syndrome. My life is pretty cyclical: I do something good, and then it's over, and I wonder if it was just a one-off and I am secretly a fraud and everyone's going to find out, and then I Gchat Gaby in a panic, and Gaby assures me that I am not a fraud, rinse, repeat (with parents, sister, or Gaby again, if she's lucky).

So my first measure of success for this would be whether or not I managed to go several weeks without Gchatting Gaby in an existential panic, and spoiler alert! I did not. (I mean, I tried, to be fair.) But I still consider this resolution somewhat of a success, because it forced me to sit down and really think about the times when I am meanest to myself, to the point where the insecurities spill over into Gchats with coworkers or phone calls to my mom. It is, unfortunately, almost always in that aftermath of accomplishing something, when my first impulse is to top it with something else or keep the ~success train~ rolling.

Obviously, it would be impossible to be brilliant and shiny every single day of my life, so that's not the solution to the grand problem. Instead, a lot of the progress of this resolution has just been recognizing that, for whatever reason, I am hardwired to undermine myself the most when I have just been at my best. Will I be able to shut up the part of my brain that does that now that I'm more aware of it? Probably not — I mean, the mentors I have who are older and more experienced still seem to be in the same unhappy hole with me from time to time — but at the very least, I am that much more cognizant of what's causing it, and that I am decidedly not alone.

When I moved to New York two years ago, I squadded with my new Bustle friends and I squadded hard. The good news is, I have a friend in my direct line of vision no matter where I turn my head in this office, and an army of humans to hang out with after work and on weekends. The bad (?) news is I have, like, two friends outside of this office — which Anna Parsons, Bustle's senior creative strategist, knows all too well, because I overshare with her about my personal, romantic, and cheese-related life problems at length. So her New Year's Resolution for me was to branch out a bit beyond the Bustle hive to mix things up a bit.

At first I wasn't sure how to go about this. I am an extrovert by nature, but also a ridiculously anxious, awkward extrovert — which is fine at a place like Bustle, where everyone is super chill, but not always so great out in the wild. Other attempts at socializing outside of work (I'm looking at you, college alumni chapter) have proved to be just as nightmare-ish as my subconscious imagined it would be. But, determined to give this resolution a good ole college try, I went ahead and signed myself up for walking tours with strangers while I was on vacation, and made myself an account on Meetup.

To be clear, I am very used to doing things alone, and when I do things alone, I generally prefer to be left alone. I will go to the bar with a book, or I will travel somewhere on my own with my arm as a selfie stick, and I will eventually patent my "please don't talk to me" face when the time comes and I need the money. But when I was traveling at the beginning of the month and ended up in a group, both times I (excruciating, painfully) forced myself to socialize with other humans — and lo and behold, though it was awkward at first, it was actually pretty fun by the end. At the end of both walking tours I had new friends I was even making inside jokes with, and it really enhanced the experience to have people I could talk about it with, rather than just emailing someone back home about it later.

As for meeting up with people outside of work in my own city, I haven't had as much luck yet. The Meetup I was scheduled to attend was canceled last minute because of a conflict with the venue, and the one I wanted to attend after that I had to miss for a friend's shindig (YES, a Bustle friend, you caught me). But I have not lost hope on this resolution, and have signed up for a cooking class. Hopefully I will have some new friends and manage to go one week without eating the same grilled cheese sandwich every night by the end of 2017.

More like this
22 Movies On Netflix That Are Perfect For The Whole Family
By Bustle Editors
Your Daily Horoscope For August 9, 2022
By Mecca Woods
The 4 Most Forgiving Zodiac Signs
By Kristine Fellizar
TikTok’s #NapkinChallenge Is The Chaotic Good You’ve Been Missing
By Sophia Moore
Get Even More From Bustle — Sign Up For The Newsletter