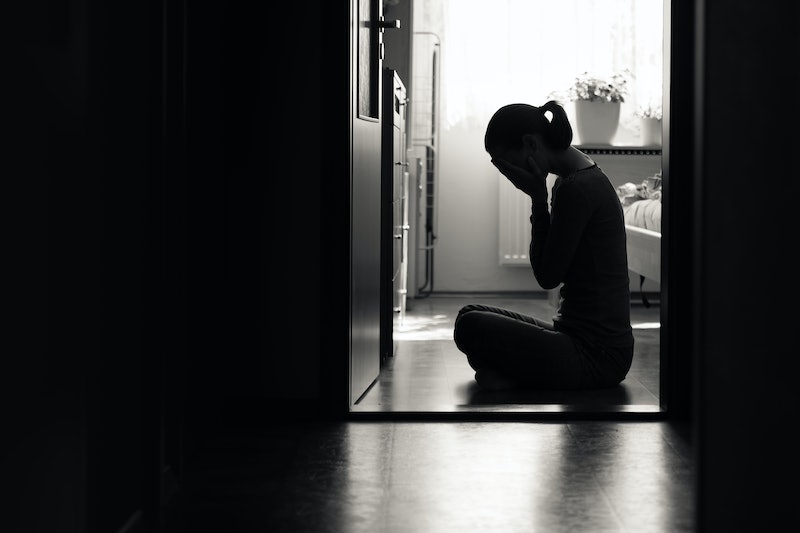 When do people know that they’re going to grow old together? Is it when they say things like, "From that moment, I just knew it was going to be the two of us for the rest of our lives." Isn’t it just a reconstruction sprinkled with fairy dust? When all cards were on the table, or when they already knew the result? Call me a cynic, but I always thought so.

Perhaps it’s because I’m a child of divorced parents, but I’ve never had any skills of foresight myself. I don’t have much self-esteem when it comes to predicting the future. My hopes and dreams always seem like something I ought to keep to myself. I’m worried I’d jinx things. So, no, never in my 40 years of living have I thought about growing old with someone else.

Unfortunately, I have experienced the flipside. I know what it feels like to wake up one morning and know, for sure, that you are definitely not going to grow old together. Because you, my person, suddenly died in your sleep at the age of 34, in our shared bed. Just like that. You were there, alive, one evening and then you were not. This tragedy felt like something that happened to other people, people you read or watch movies about. But not to me.

Except it did happen, to me and to us. You were the one who died, but I was the one left behind with our baby boy, who was eight months old at the time. And my very first thought after finding you there, in bed, no longer breathing, was this:

I am not going to grow old with you.

You are not going to grow old at all.

Our story ends here, today, and we didn’t even get to say goodbye.

During the weeks that followed, all I could do was simply try and stay upright in order to be there for our baby. In the beginning, everything was minute by minute and after a while, it became hour by hour — anything beyond that was too unbearable even to imagine. I couldn’t stop expressing my regret about our lack of a proper goodbye.

Unfortunately, I have experienced the flipside. I know what it feels like to wake up one morning and know, for sure, that you are definitely not going to grow old together.

I tried to find answers, some explanation for your passing in our last couple of days. I wrote down everything I could remember, including what we had for dinner and the exact time I went to bed that night, the night before you passed away. I wrote down the exact amount of candy you picked out for yourself at the store (eight pieces), and how many hours we spent visiting at your parents’ house the day before (four or five). I wrote everything down, desperately searching for the moment everything changed, when our lives veered off course. I crunched the numbers, but they didn’t add up. Something was missing.

'Let's Hope For The Best' by Carolina Setterwall

The scene when there should have been a goodbye — a kiss, a hug, words of love — was in fact the one moment I couldn’t get over. I still haven’t. It was the end of our road and we didn’t even notice.

I began to believe that it was my fault. I did everything wrong in our last moments together:

Instead of kissing you before I went to bed and telling you how much I valued you, I complained about how you were working and let you know that I was feeling sorry for myself for having to get up and breast-feed several times every night.

Instead of giving you credit for being a kind and hard-working father and partner, I let you know I was disappointed with you for not being able to take more time off work to be with me and our son.

Instead of urging you to go see another doctor about your constant fatigue, I talked about my own. And when you sighed and said you were trying your very best, I thought words I felt so strongly I might as well have said them out loud: "Well, try harder."

I sighed, a sigh full of accusation.

And then I went to bed.

And then you died.

The scene when there should have been a goodbye — a kiss, a hug, words of love — was in fact the one moment I couldn’t get over.

I read our text messages a million times before I deleted the whole thread because the ending hurt too much. I read our whole story compressed into texts, sent daily during our five years together. I read the silly names we used to call each other in the beginning, and the articles and memes we sent to one another while at work.

I looked at the pictures we sent each other of our son, first as an infant and then as a chubby six-month-old. I read my last message, in which I speculated whether our son had night terrors or not when he refused to sleep and screamed for hours. And when the thread ended, I turned to Facebook instead. More messages. Five years of messages. Silly jokes and family logistics: "When will you go grocery shopping, and when do you think you’ll get back?" A few arguments, a few pictures.

At the end of our conversation, an automatic message from Facebook kept informing me that I couldn’t reply because the person I’d been chatting with wasn’t there anymore.

I yelled "I KNOW, how could I not know?!" at the screen and then I went back to the text messages. All our conversations ended in the wrong way. No proper goodbyes. Just a regular life, passing by, two people taking for granted that there was lots of time left.

If I’d only put a little heart at the end of any of the last messages.

If I’d only said I loved you more often.

If I’d only kissed you the last evening.

As the weeks turned into months and our son took his first steps, caught his first stomach flu, and eventually started communicating through words instead of different range of cries, my guilt transformed into something deeper. The feeling that it was all my fault — not only the lack of goodbye but also the reason you had died — grew stronger and eventually became a part of my whole being. It seemed so obvious. If only I’d seen your exhaustion as something other than the sleep deprivation that comes with being a new parent and a hard worker. I might have made you go to another doctor and then you might have lived. Had I not kept pushing and pushing us forward throughout our entire relationship when you indicated that you needed to hit the brakes, you might have lived. If I’d just been a better person, a person not so full of herself and her own needs all of the time, you might have lived. In fact, it seemed, you probably would have. It made all the sense in the world. Everything was on me.

I killed a kind person just by being my kind of person.

Nevertheless, time passed. I went back to work. Our son started daycare. I had lunches with friends again. I even attended a party or two. Never, not even behind the closed doors of my therapist’s office, did I talk about my guilt. Nor did I talk about all the envy that I suddenly felt towards everybody around me who still had their Very Important Person alive. When I cancelled a dinner invitation, my favorite excuse was that either my son or I had caught the flu. I couldn’t stand visiting complete families when my own was so broken and that I felt that I had to pretend I was grateful for all that I had (a healthy son, many friends, a social life, a good job) when all I wanted to do was yell with rage twenty-four hours a day, seemed too ugly to share. Nobody, I figured, wanted to hear about that. Besides, these feelings were just more shameful proof that I was a bad person. The wrong person had been allowed to keep on living.

The feeling that it was all my fault — not only the lack of goodbye but also the reason you had died — grew stronger and eventually became a part of my whole being.

Five years later, I sometimes wonder how on earth it was possible for me to fall in love again in a time like that. How could a person, carrying all these hidden feelings of self hatred, and guilt, and anger, meet another person and feel that she might just have the right to a second chance, after all? I still don’t know. I just know that it happened. Two years after I woke up to my partner dead in our bed, I found myself in another person’s bed, instantly wishing to get back in there the moment I stepped out. The fact that he was a widower just like me might have had something to do with it. Also, the fact that he didn’t judge me for anything I felt, might have made me fall quicker in love than most other 40 year olds do. The contrast between isolation and affinity probably creates a powerful force. But I’m not sure. I’m still a person who doesn’t dare say that I know I’m going to grow old together with someone. Maybe more now than ever.

Today, I have a five-year-old son and a seven-year-old stepdaughter. I have a partner whom I love, and a life I’m working to convince myself I’m worthy of. I’ll always be a person who lost another person and didn’t get to say goodbye. I’ll never completely forgive myself for taking you, and life, so much for granted. I still have my days when I disappear into self-loathing and become distant towards everyone who loves me and wishes me well. But these moments, somehow, get fewer and shorter as time passes. Because I guess that’s what time does. It passes. Life goes on, no matter how unfair and cruel. And life, I’ve come to learn, has a funny way of handing you second chances. Whether you think you deserve them or not.

Carolina Setterwall is the author of Let's Hope for the Best.