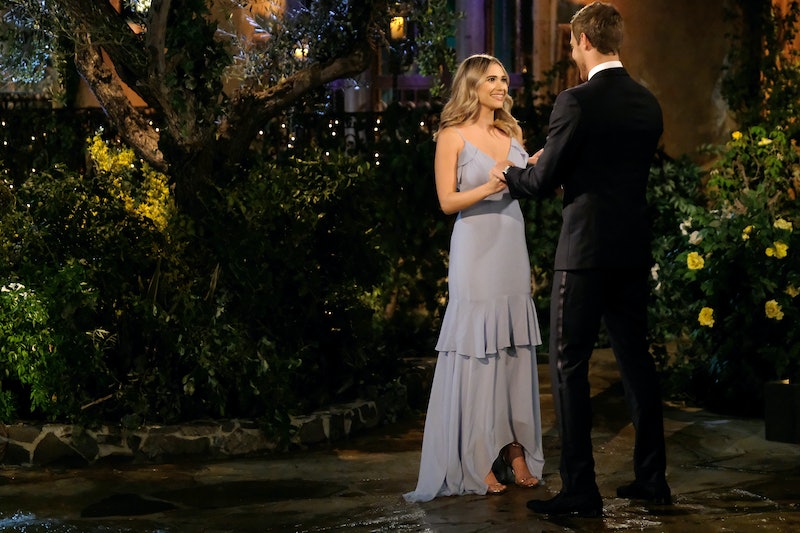 By now, it's common knowledge that the job titles on The Bachelor don't necessarily match what the contestants do in real life. Such is the case with new Bachelor star Mykenna, whose job is listed as a fashion blogger in her ABC bio. In actuality, her website "Mykenna Jean" has been defunct since at least early January, when Peter's season premiered. If you try to visit the page, you're simply directed to a message that reads, "Thank you for being patient. We are doing some work on the site and will be back shortly." It's unclear how long Mykenna plans to work on her blog before (and if) she relaunches it, but thanks to the Wayback Machine, there's a way to see what the site looked like before she took it down.

Although The Bachelor specifically calls Mykenna a fashion blogger, she's also blogged about lifestyle, beauty, and travel. Her site was emblazoned with the hashtag #WinewithMykenna, as well as the tagline, "Grab a glass and let's wine together." And while her LinkedIn page says she's only been blogging since January 2019, she has posts dating back to 2017. Before that, she dabbled in a number of other career fields: according to Betches, a "10 facts about me" post Mykenna wrote revealed that she taught dance for three years after high school. She also originally wanted to be a hair dresser, but decided against it after working in a hair salon. So, she entered the blogosphere and started doing #SponCon — which already puts her ahead of the other Bachelor women. While most contestants don't become influencers until after the show, Mykenna was already creating Instagram ads for companies like The Body Shop and Urban Decay by 2018.

That set her up perfectly to become a reality TV star — something she's been wanting for a while. Item No 7. on Mykenna's "10 Facts About Me" post was "I WILL BE ON THE BACHELOR SOON, MARK MY WORDS," and she captioned a 2018 Instagram post, "Might wake up early for a jog tomorrow. Might apply for The Bachelor. The odds are about the same."

Now that she's accomplished that goal, Mykenna wants to start her own charity, per her ABC bio. And with the platform she's building from the show, that may not be far out of reach. Until then, though, Mykenna is just happy to be the "CEO of Cringy Wine Dancing."