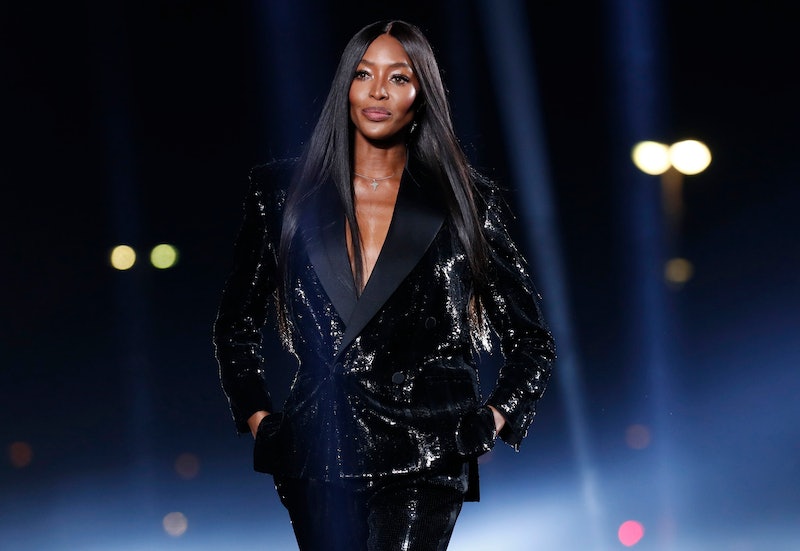 Naomi Campbell, in my opinion, the greatest model in the world. But outside of her being shockingly beautiful, she’s a philanthropist, she speaks up for black girls, and, even with a career spanning three decades, she’s still manages to be relatable. And a recent Wall Street Journal interview with Campbell proves another thing about the model: she's absolute interview goals. She isn’t afraid to speak her truth, open up to the world, and spread some serious words of wisdom.

Over the years, Campbell has often been harshly scrutinised by the media and had to fight harder than most in her industry. But in 2019, she took control of her own spotlight. Campbell now has her own YouTube channel, (already at 304K subscribers), which is where she posted her now-legendary flying routine involving lots of Dettol wipes and face masks. And this year she received the Fashion Icon award from the British Fashion Council for, well, being iconic, but also for her work with her charity Fashion For Relief.

In her interview with the Wall Street Journal's Elisa Lipsky-Karasz, Naomi Campbell was totally honest, especially about her past, her loved ones, and even the experiences she's had with addiction, saying:

"I don’t have a squeaky-clean life, and I don’t pretend to. I was the first to say that I was an addict, and I’m so grateful to God to be a recovering addict and a recovering alcoholic."

Addiction is a difficult topic to talk about, but with an estimated 589,101 dependent drinkers in the UK, hearing Campbell speak publicly about her own experiences with alcohol dependency is truly powerful, and highlights her humanity.

And for someone who could probably have anything she wanted in this world, material goods aren’t Campbell's thing either, and she definitely won’t let money rule her decisions in life. “If I lose something I look at it as it was meant to be gone. Don’t look for it. It was meant to leave,” she told Lipsky-Karasz, also explaining that she’s very protective about what gifts she accepts, especially in terms of jewellery. "I’m very superstitious when someone gives me something to put on my body. I look at the reason behind it," she said.

Yes, Campbell's flying routine video is hilarious, but for the model, it seems jetting around the world not only gives her solace, but it is an important part of her charity work. “Travelling has saved my life in a certain way — I keep it very limited to who knows what [I’m doing] and where I’m going,” she says in the interview. And Naomi also talks her monthly trips to Africa, and the importance of brands recognising the continent if they truly want to call themselves "global." She explains in the interview that she is supposed to “use myself to help get this continent to where it should be. No more ‘poor Africa’ stuff.”

After more than 30 years in the public eye, Naomi Campbell is still proof that being your authentic self is everything.