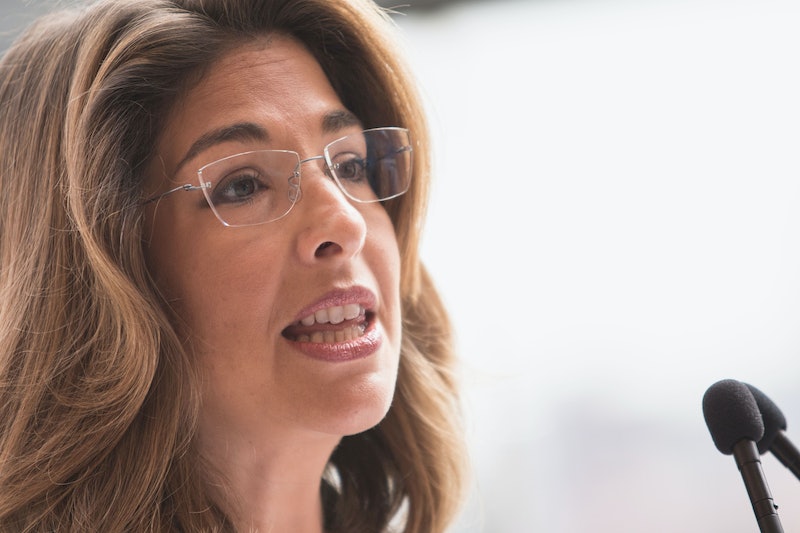 When Donald Trump took the stage at the Republican National Convention, Americans expected the newly-appointed presidential nominee to paint a rosy picture of what America could look like under his stewardship. Instead, Trump filled his speech with images of dark days ahead, while the expected ray of light came from his eldest daughter Ivanka, who smiled while ticking off policy proposals far to the left of her father's.

"What Ivanka's brand has always done is sort of softened Trump's brand," says Naomi Klein, who is herself a master of branding. Klein's first book, No Logo: Taking Aim at the Brand Bullies was an international best-seller. The social justice activist, author, and filmmaker spoke at The People's Summit, a gathering of 4,000 progressive activists in Chicago, ahead of the release of her new book, No Is Not Enough: Resisting Trump's Shock Politics and Winning the World We Need.

"This promise, this idea that Ivanka was going to soften Trump was part of his pitch on the campaign trail," Klein says. "They did it at the convention, and they're still doing it

While Trump's policy proposals over his first six months in office have leaned right, his eldest daughter is viewed, even by his critics on the left, as a tempering force in the West Wing. While Trump mulled pulling the United States out of the Paris Climate Accord, Ivanka was reportedly lobbying him to stand with the leaders of 194 other nations and uphold America's commitment to reducing greenhouse gas emissions. Ivanka and her husband Jared Kushner are seen as the most LGBTQ-friendly presidential advisers, and Ivanka reportedly urged her father to leave President Obama's anti-discrimination laws in place. While Trump favors bottom-line economics, Ivanka's spoken out on the benefits of paid family leave. And so, even Trump nay-sayers look to Ivanka as a beacon of hope.

"They're falling for marketing," Klein tells Bustle, explaining that the father-daughter dynamic goes back their days on The Apprentice. "Trump was playing this role [of] the guy who fires, and she was softening that image. They understand that these are complimentary brands to appeal to as wide a market as possible."

When Nordstrom stores announced they would stop selling Ivanka Trump's fashion brand in stores, Trump tweeted his disapproval, adding that his daughter is "a great person."

"That's the brand ... he's the 'killer,' and Trump always uses this word [and] praises people for being a killer," Klein says. "There's Ivanka softening the brand. ... They fit together. They're pieces of a puzzle. You can't pry them apart. They are a unit."

I joke in the book that he breeds brands. I know his kids are human beings as well, but he treats them as spin-off brands, and they have been raised inside the Trump brand, and I don't believe the Trumps are capable of separating their personal identities from their commercial identities, from their political identities. I don't think they would know how to do it. They have merged completely.