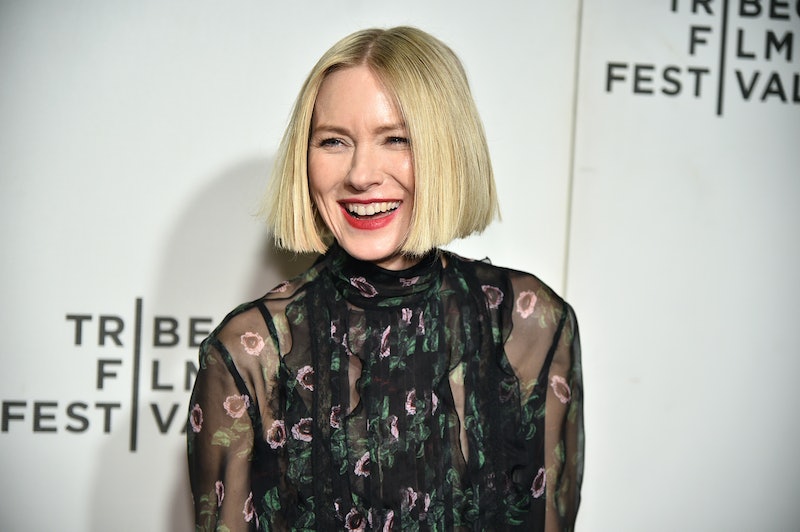 It's hard to imagine that anyone missed out on the cultural phenomenon that was Game of Thrones, but one major player in the Westeros prequel series knew nothing about the show before she was cast. In Net-A-Porter's PorterEdit magazine, Naomi Watts revealed she didn't watch Game of Thrones until after she was approached about playing the lead role in HBO's upcoming series.

"I didn’t start watching until I was approached about this job," Watts said. "But my brother [photographer Ben Watts], who is heavily into it, told me, 'Under no circumstances are you going to turn this down.'" But while the actor may have been late to hop on the Game of Thrones bandwagon, once she started watching the fantasy saga, she marathoned the first seven seasons in three months, and "was in – hook, line and sinker."

Though Watts revealed that she had recently finished filming the first episode of the prequel, that's about all that the actor could reveal about her project. "I am literally not allowed to say anything about it," Watts told PorterEdit, though she did admit that she was hesitant about the fact that her to a new level of fame. "I still have fears about that," Watts confessed. "I don't really know what to prepare for."

Details about the upcoming prequel and Watts' role in it have been kept tightly under wraps, although PorterEdit did note that the show is "rumored to be titled Bloodmoon" — which contradicts the title that A Song of Ice and Fire author shared on Twitter when he announced Watts' casting back in October 2018. "Casting is now underway for THE LONG NIGHT, the first of the GAME OF THRONES successor series to ordered to film," Martin wrote at the time on Twitter. "HBO has just announced the first cast member: NAOMI WATTS is coming on board as one of our stars."

In November, Watts revealed that she was "studying" Game of Thrones to prepare for filming. "I'm late coming to it, I have to say," she told Entertainment Tonight. "But that's how I am with lots of things in life. [But] I am binging it right now and studying. It's very exciting. Beyond [excited]."

According to HBO, Watts will play "a charismatic socialite hiding a dark secret" in the prequel series, which will take place thousands of years before the events of Game of Thrones. "The series chronicles the world’s descent from the golden Age of Heroes into its darkest hour," reads the official summary of the prequel. "From the horrifying secrets of Westeros’s history to the true origin of the White Walkers, the mysteries of the East to the Starks of legend, only one thing is for sure: it’s not the story we think we know."

While there are still plenty of mysteries surrounding the Game of Thrones prequel series — including the show's title — at least fans can take comfort in the fact that the series will be led by a dedicated Thrones fan, just like them, even if it did take her a while to join the club.

More like this
'GoT' Star Emilia Clarke Says She "Just Can't" Watch 'House Of The Dragon'
By Brad Witter
Netflix Shut Down 'Bridgerton' S3 Rumours About A “Very Dark” Storyline
By Bustle
Everything To Know About 'RHONY' Season 14
By Jake Viswanath, Alyssa Lapid and Brad Witter
Kukulkan From 'Wakanda Forever' Has A Surprising Connection To Marvel History
By Grace Wehniainen
Get Even More From Bustle — Sign Up For The Newsletter
From hair trends to relationship advice, our daily newsletter has everything you need to sound like a person who’s on TikTok, even if you aren’t.