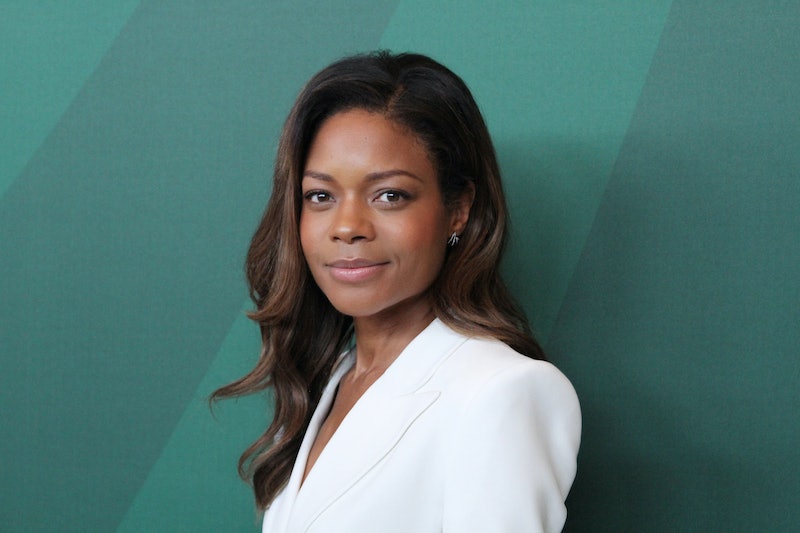 The latest offering from Sky and HBO, who have teamed up once again for a brand new six-part series, will tell the story of a man drawn to a mysterious island, where he becomes immersed in the inhabitants unusual way of life. The cast of the miniseries is set to include the Academy Award-nominated Jude Law, and the show's line-up is about to get even more impressive, because Naomie Harris has joined the cast for Sky's new drama The Third Day.

In a statement sent to Bustle, Sky have confirmed the BAFTA-nominated actor, who is perhaps best known for her roles in Skyfall and Moonlight, will join the cast of The Third Day alongside Jude Law, and the Director of Drama at Sky Studios, Cameron Roach, has expressed his joy at Harris' involvement in the upcoming series. He said, "We are thrilled Naomie is joining the cast of Third Day, it’s a real testament to the combined vision of Dennis Kelly and Felix Barrett. The prospect of Naomie and Jude Law, alongside an array of incredible British talent, with Philippa Lowthorpe and Marc Munden directing really demonstrates the quality and ambition of this distinctive, original drama."

According to the Radio Times, the series will follow the character of Sam (Law) who finds himself drawn to a mysterious island just off the British coast, and after coming across the island's "secretive inhabitants," he becomes captivated by their unusual rituals. Part of The Third Day's official synopsis reads, "Isolated from the mainland, the rituals of the island begin to overwhelm [Sam], and he is confronted by a trauma from his past. As the line between reality and fantasy blurs, Sam finds himself immersed in an emotional quest which puts him at odds with the islanders and begins to threaten their way of life."

In a press release sent to Bustle, the broadcaster also revealed that The Third Day will be broadcast over six episodes in two very distinct halves, titled Summer and Winter, respectively. According to the Hollywood Reporter, the drama is directed by the BAFTA Award-winning Marc Munden, and the series was filmed in the UK earlier this year. If this upcoming drama sounds like your cup of tea, you can expect to find The Third Day on Sky Atlantic and the streaming service NOW TV sometime next year.

As previously mentioned, the series is a joint venture between Sky and the U.S. cable network HBO. According to Variety, the President of HBO Programming, Casey Bloys, has previously described the forthcoming series as being "fresh and unique," and when discussing the collaborative team behind the drama, Sky's Cameron Roach said, "The Third Day is the result of the intoxicating combined imaginations of Dennis Kelly and Punchdrunk International’s Felix Barrett. To see them brought to life under the direction of Marc Munden and with Jude Law at the helm of what promises to be a world-class cast is an incredibly exciting prospect."

The Third Day is expected to air on Sky Atlantic and NOW TV in 2020.

More like this
WAGatha Christie The Series Is Officially... Coming To TV
By Maxine Harrison
New ITV Drama Maternal Is Lifting The Lid On Life As A Woman In The NHS
By Catharina Cheung
Vick Hope Had A Very Relatable Reason For Turning Calvin Harris Down
By Sophie McEvoy
The Love Island 2022 Reunion Drama, Explained
By Sophie McEvoy
Get The Very Best Of Bustle/UK