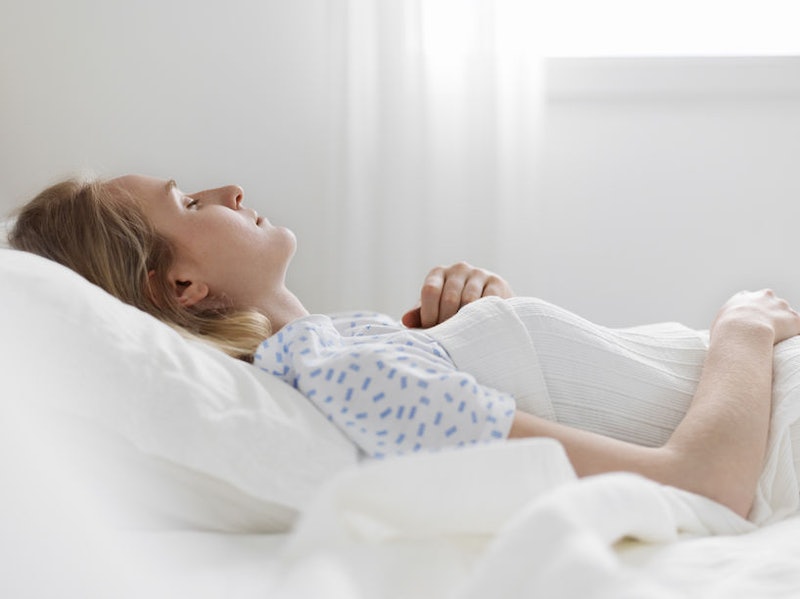 Lovers of sleep dream of a job with napping opportunities. Well, a bunch of space agencies are giving people that very chance. In collaboration with the European Space Agency and German Aerospace Centre (DLR), NASA is paying women to spend 60 days in bed in a facility in Cologne, Germany. And the pay is much higher than you might expect.

Formally titled the Artificial Gravity Bed Rest Study, the project will require participants to do absolutely everything while lying down. That includes eating, drinking, showering, and going to the toilet. (No, I don't know how all of that works either.) To compensate people for their time and efforts, the study will pay each participant a nice sum of €16,500 (just over £14,000).

There is a point to this slightly strange premise. Scientists need to know how spending long periods of time in space impacts the human body. When astronauts experience a loss of gravity, they exhibit muscle and bone mass loss, reports Popular Science, and degenerate quicker than they would down on Earth. This particular study is looking to see whether artificial gravity could alleviate some of these issues.

To do that, participants will be placed in a bed tilted down by six degrees to replicate the position of astronauts' bodily fluids. They will also be required to spend 30 minutes a day in a spinning machine called a short-arm human centrifuge. It has the ability to produce artificial gravity and "distributes body fluids back into the body," states DLR. If the sound of that is making you feel queasy, best not apply.

But for those who love a good theme park experience, here's what else you can expect from the study. The entire thing will actually take three months in total with a pre-test and recovery period added onto the 60 days spent in bed. Participants will also be required to attend four follow-up visits. The first will take place two weeks after the end of the experiment, followed by another after three months, a third after a year, and a final check after two years.

Participants will be given a private room and plenty of time to crack on with their life goals. In fact, DLR lists all of the benefits of taking part. According to the organisation, it is the ideal time to binge watch a TV series, read the books you've been meaning to, or learn a new skill online. Plus, participants won't have to worry about the stresses of everyday life.

Learning about their bodies may also appeal to some. Numerous health tests will be carried out throughout the study, including blood tests, hearing and eye examinations, and urine samples. Accepted volunteers will also undergo a controlled diet thought up by expert nutritionists. This will ensure no weight gain and, according to DLR, does include treats like pancakes and sweets.

A group of men and women have already started the first part of the experiment. The second group will begin the study in September. DLR is only currently looking for healthy women between the ages of 24 and 55 who are non-smokers, have a height ranging from 153 to 190 cm, and a BMI of 19 to 30. Oh, and they have to have a good knowledge of German.

Applications will close on May 24, reports the Independent. Best brush up on those language skills.