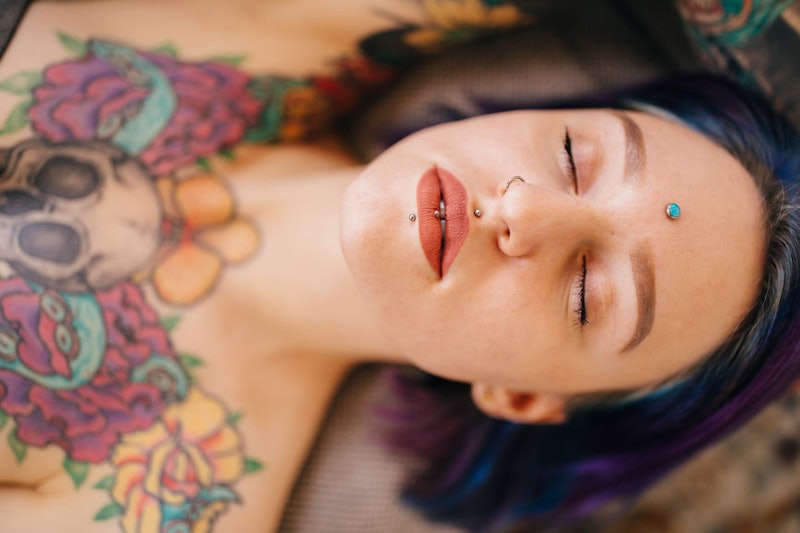 NASA are on the lookout for some volunteers for a certain kind of experiment. Whilst it doesn't involve you becoming a legit astronaut, it does include you making £12,000. Yes, you read that right; this NASA sleep study will pay you pretty handsomely for getting some kip. I kid you not. All you have to do is lay in bed for three months while NASA scientists investigate the effects of gravity on your body.

This is certainly what dreams are made of, but obviously there's a catch. Well, quite a few catches, actually.

For me, lying in bed involves swaddling myself in a duvet and either sleeping, reading, marathoning a boxset, or spiralling into another existential crisis. Whilst you can definitely do all these activities in this study, you kinda have to stay horizontal with your head at "a six-degree head tilt", according to NASA. If you fidget as much as I do, that info is a deal-breaker (for me, anyway).

So why do you have to stay horizontal for everything — and I mean everything — in this study, and what's it got to do with all things NASA?

According to NASA, all this lying down can show researchers how the "body adapts to weightlessness" by putting volunteers in an environment similar to what astronauts deal with during space travel. Scientists collect this data by studying the participants "blood pressure, heart rate, nutrient absorption, energy expenditure, bone mass, [...] and mood."

You see, if astronauts set foot on Mars or humans eventually live in space, the information collected during this experiment will actually benefit how humans can adapt to a life in space.

Not only that, but this experiment can also benefit an understanding of the "effects of ageing, bedriddenness, immobilisation, and isolation," according to the DLR Institute of Aerospace Medicine.

It's not all about the volunteers being studied, either. NASA encourages participants to "set a goal such as learning a new language or taking a class online," all the while providing scientists with essential information for their research.

Whilst all this may be extremely cool, it can take its toll. Andrew Iwanicki, a participant in the 2014 study documented a large portion of his experience for VICE. Riding through the pain of physical symptoms like headaches and back pain — you know, the twinges your body gives if you lay in bed for too long — Iwanicki got to the heavenly point where he was able to "read from morning until night" or "simply lie peacefully, reflecting on the past, planning for the future, or basking in a quiet moment."

For Iwanicki "the novelty wore off" in the early period, but it goes to show that just stopping and slowing down from everyday life can also affect the body, for better or worse.

NASA contractor Heather Archuletta also volunteered for the experiment in 2008, and even though she too found it challenging, she would try to "remember that [she] was doing this for astronauts, so that we can keep them more healthy in space," as she told CBS News.

I know there are some huge cons here, but personally, I would love to make £12,000 for sleeping while helping astronauts in space. Sounds like a dream job — am I right?