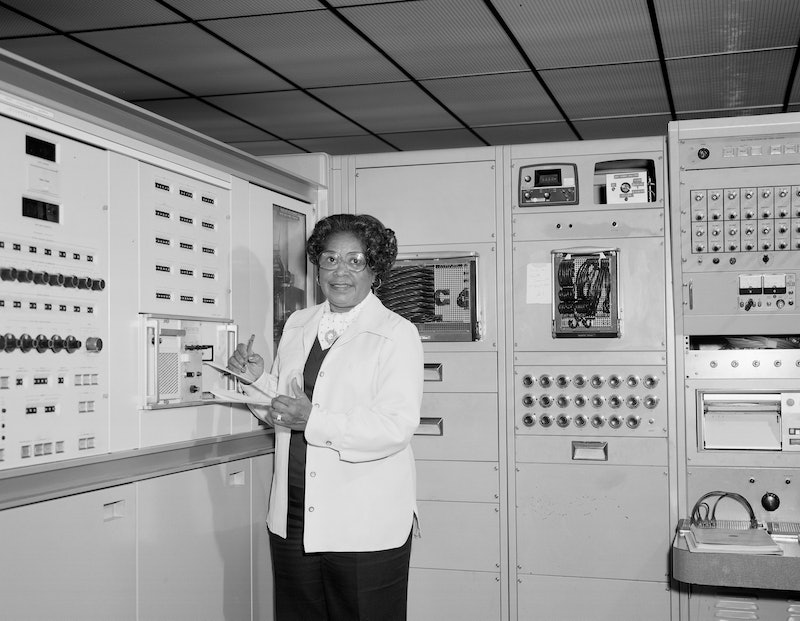 Announced June 24, in what is long-overdue and well-deserved recognition, NASA is renaming its headquarters after Mary W. Jackson, the aerospace engineer who you may know as one of the subjects of the film Hidden Figures. “Mary W. Jackson was part of a group of very important women who helped NASA succeed in getting American astronauts into space,” NASA Administrator Jim Bridenstine said in a press release. “Mary never accepted the status quo, she helped break barriers and open opportunities for African Americans and women in the field of engineering and technology.”

Jackson’s legacy goes beyond being portrayed by Janelle Monae in the 2016 film, though anyone even remotely familiar with Monae knows that’s an honor worth recognizing. In addition to being NASA’s first Black female engineer, Mary W. Jackson authored or contributed to a dozen different reports on high-speed aeronautics. Despite doing work that quite literally helped make space exploration a reality, Jackson’s career was halted by the institution predominantly — if not exclusively — comprised of white, male engineers.

When she saw no more upward mobility, Jackson took a demotion to start working as Langley’s Federal Women’s Program Manager. There, she paved the way for the next generation of female mathematicians, engineers, and scientists at NASA. Her legacy lives on not only in her own work but the work made possible by the people she bolstered.

The new Mary W. Jackson NASA Headquarters building will be located on the appropriately named Hidden Figures Way. “Hidden no more, we will continue to recognize the contributions of women, African Americans, and people of all backgrounds who have made NASA’s successful history of exploration possible,” Bridenstine said.

History has an unfortunate habit of overlooking important historical female figures, especially women of color who contributed to advances in everything from science to art to government. This is, in great part, because these institutions were designed to prioritize the accomplishments of white men. It’s no mistake J. Marion Sims was dubbed the “Father of Gynecology” while the enslaved women he experimented on were ignored. It’s no coincidence we learn about Watson and Crick’s contribution to DNA and genetic science while Rosalind Franklin’s name and crucial contributions are often left out of the conversation. Now, slowly but surely, we are recognizing the women who helped build the technology we use, the art we enjoy, the country we live in today.

“The nation is beginning to awaken to the greater need to honor the full diversity of people who helped pioneer our great nation,” Bridenstine continued in the press release. NASA’s employees are still overwhelmingly white and male, though Bridenstine stated in the release that “NASA is dedicated to advancing diversity, and we will continue to take steps to do so.”

“We are honored that NASA continues to celebrate the legacy of our mother and grandmother Mary W. Jackson,” said, Carolyn Lewis, Jackson's daughter, in the press release. “She was a scientist, humanitarian, wife, mother, and trailblazer who paved the way for thousands of others to succeed, not only at NASA, but throughout this nation.” In honoring her legacy long past due, hopefully we'll begin to recognize women's work as it's happening, giving those women the chance to celebrate along with us.