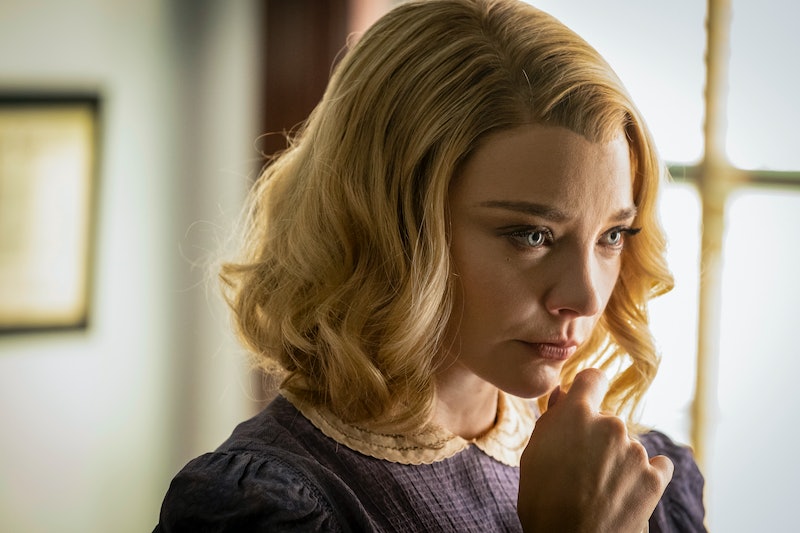 Magda is a shapeshifter who is also an "immortal goddess, so the rules of geography and temporal reality don't exist for her," show creator John Logan explained to The A.V. Club. "She's chosen Los Angeles very specifically as the place to start enacting her seductions, threats, and manipulations because of the various forces at play there."

Logan explained that his anger over Trump's policies got him thinking about how he could write a new story centered on a Latino community. His research led him to 1930s Los Angeles, a time when officials decided to raze several Latino communities for highway and urban expansion. "As you know, Los Angeles history is Latino history," he told The A.V. Club. "Even though it's set in 1938, it's about 2020 and the rise of political extremism... as well as the rampant rise of xenophobia, racism, anti-Semitism, and particularly for me, the marginalization of minority communities."

With racial and political tensions winding tighter between the Latino community, the police force, and the nearby upper-class white communities of LA, Magda sees an opportunity to cause even more chaos. She's always there to “sow the seeds of disorder,” Dormer explained to Entertainment Weekly. "She’s fundamentally a skeptic of humanity. She says in the first episode, ‘I give human beings a choice, but they choose time and time again to be seduced by the more baser, selfish roles.’”

Magda does this by playing all possible sides of a fight. In a behind-the-scenes video, Dormer explained how Magda uses her shapeshifting abilities to blend into different communities and manipulate key players in the conflict. One of her characters is Alex, a homely older woman who is seen in the video telling a government official that "four dead police officers isn't a tragedy, it's an opportunity."

Another version is Elsa, an innocent-looking young woman with blonde hair and blue eyes who's later shown leading a German singalong in an all-white Nazi community. On the flip side, she also pretends to be Rio, a fashionable young woman in suspenders who's seen hanging out in a Latino dance hall and supporting the youth revolution.

Finally, there's an unnamed character clad in all-black leather, and in the video she's seen leading the police force in a raid against what is likely Detective Vega's own Latino community.

Magda is clearly a powerful and manipulative figure, and the only one who can really stand in her way is her sister, Santa Muerte (Lorenza Izzo), Logan told Entertainment Weekly. Santa Muerte is like the Angel of death, an immortal ferrywoman who guides human souls to the afterlife. "She's a force of benign common goodness,” explained Logan, so her relationship with her more conniving sister is "very combative and complex," — the ultimate battle of good versus evil.