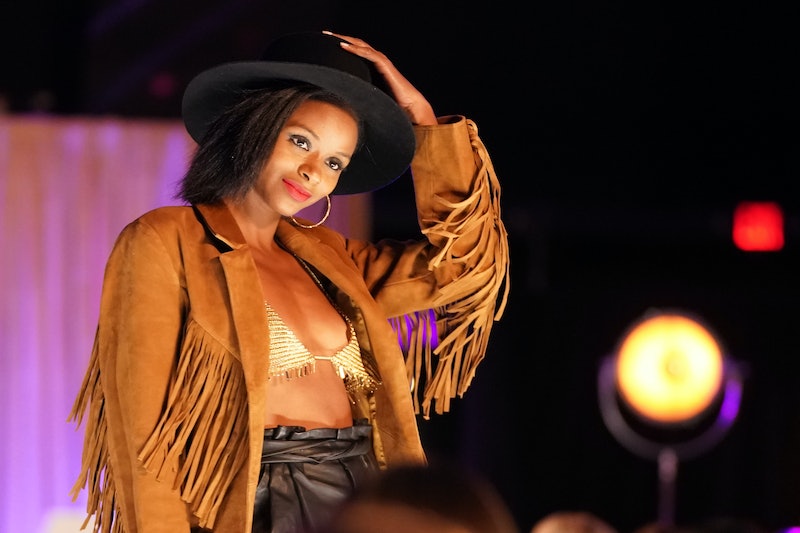 Natasha came into the Bachelor mansion with the energy of interrupting-Peter-and-another-woman-with-a-giant-paper-plane, and her Instagram presence is just as bold. She's only been on the platform since 2016 (she has 96 posts in total), but Natasha's most recent Instagram photo is basically just a low-key flex that she knows Succession's Nicholas Braun. OK, it's actually a post promoting a New York restaurant called Sauce (which is owned by the company she works for), but Natasha also worked for HBO Marketing for five years, so that could be the connection. Or, you know, he could have just been at the same event.

Beyond rubbing shoulders with celebrities, Natasha's Instagram captures her frequent world travels, yoga practices, and time with her friends and family. She also loves looking at art, and has posted from galleries all around New York.

In a January 2019 post, she posed in front of some Andy Warhol pieces. "To heal, sometimes one must hunt," she captioned the post. In a photo from February 2018, she stood before an exhibit at Eden Fine Art Gallery. "'Don't like me, don't care' -Art," she wrote. That seems to sum up her personal mantra pretty nicely.

Inspirational quotes are kind of Natasha's thing, too — she's an introspective person and encourages others to be. In April, she shared a few wise words: "May your choices reflect your hopes, not your fears." And in August, she wrote: "If it's out of your hands, it deserves freedom from your mind too."

As a self-proclaimed yogi, Natasha is all about mindfulness, which is evident in what she posts. In one makeup-free selfie, she got really deep in the caption. "I had the most amazing dreams last night. This morning, I laid there trying to process my subconscious mind and thought, true imagination is killed by the reality of imagined time," she wrote. "Time is what you make of it. It's never too late to start over or finish something you once put aside. Just go for it. If you focus on the journey, where you end up may surprise you."

She stays grounded in gratitude, which may be what gives her the confidence to say what's on her mind, always. As an aunt, she's raising her nieces to do the same. When she's not traveling the globe or working as a brand and event marketer and producer, she's spending her free time with them.

If you're interested in Natasha's commentary as Peter's Bachelor season progresses, you can even DM her to join her "Close Friends" Instagram story and watch along. Expect it to be just as unfiltered as what you see onscreen.