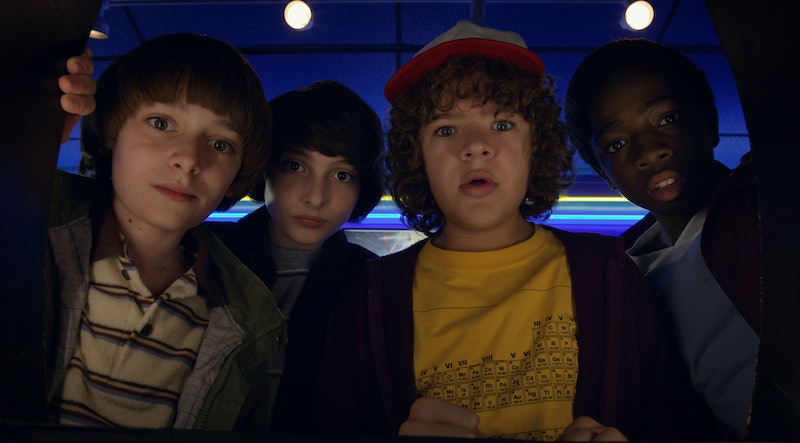 There's no such thing as too much TV, right? If there is, then I'm in trouble because Netflix has over 1,000 hours of original content planned for 2017, according to a recent press release… and, halfway through the year, I'm probably well on my way to watching all 1,000 of them. But how to separate the wheat from the chaff? How do you find all those terrific Netflix original programs in the midst of all the B-list movies and stand-up comedy specials? Well, thanks to this life-changing Netflix search hack, that process just got a heck of a lot easier.

Are you ready for the secret? It's so simple it's mind-boggling that it took this long to implement: all you have to do to bring up Netflix's original programming is type the word "Netflix" into the search bar. BOOM. According to the press release, "it's like googling 'Google,' but less confusing." What will they think of next?

That's right; "Netflix" is now a genre of content in and of itself, right up there with "Action," "Classics," and "Romance." When someone has churned out an impressive 1,000 hours of programming in one calendar year, I think they've more than earned their own label, don't you?

A thousand hours of content may seem like a dubious amount for Netflix to boast, but it starts to make sense when you run down the list of programs the streaming service has debuted this year. Already viewers have streamed new seasons of House Of Cards, Orange Is The New Black, Sense8, Unbreakable Kimmy Schmidt, Master Of None, Bloodline, and The Get Down… and there are still new seasons of returning favorites coming later this year, like Stranger Things and Narcos.

And that's not even counting the new shows that premiered in 2017, including 13 Reasons Why, Iron Fist, A Series Of Unfortunate Events, Gypsy, Ozark, Dear White People, Santa Clarita Diet, One Day At A Time, GLOW, Girlboss, and Friends From College. And those were all just in the first half of the year; the next five months will see the premieres of highly-anticipated shows like The Defenders and Mindhunter.

For those of you keeping track at home, that's more than double the hours of original content than Netflix produced in 2016, once you factor in children's programming, comedy specials, and the like. And now, with this new Netflix hack, it's all even more accessible than ever.

So how long would it take a person to watch all of this original content that is now just one click away? Well, 1,000 hours comes out to 41 days and 16 hours of uninterrupted streaming — and when you put it like that, it actually doesn't sound so daunting anymore!

More like this
The OG Power Rangers Are Returning For A Spandex-Clad Special
By El Hunt
Here’s Why Danny Masterson’s Hyde Isn’t In 'That '90s Show'
By Brad Witter
'Boiling Point's TV Sequel Is Set To Deliver A “Rollercoaster Of Emotions”
By Catharina Cheung and Sophie McEvoy
Linda Ronstadt’s “Long Long Time” Plays A Pivotal Role In The Last Of Us
By Brad Witter
Get Even More From Bustle — Sign Up For The Newsletter
From hair trends to relationship advice, our daily newsletter has everything you need to sound like a person who’s on TikTok, even if you aren’t.