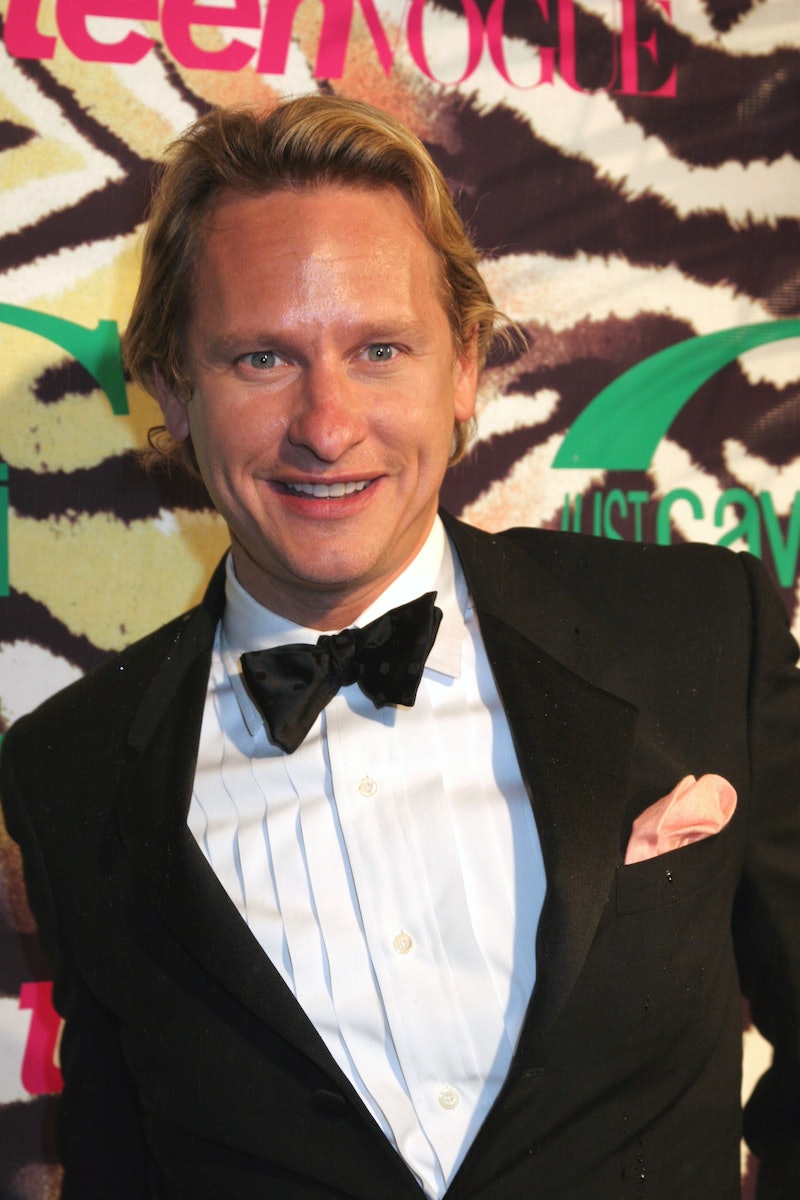 Lately, I've been awake at night, wondering why the hell Queer Eye for the Straight Guy left my life and where it went. Luckily, those nights are over. On Tuesday, Entertainment Weekly confirmed the beloved Queer Eye For The Straight Guy is being revived by the reboot master: Netflix. This present to all comes 10 years after the Bravo show's final installment, Season 5, aired in 2007. Carson Kressley of the Fab Five had fans talking when recently teasing the revival on Watch What Happens Live!, and now, celebrations are officially in order. That is, of course, if Kressley and his crew make the cameos fans need.

According to EW, the '00s reality makeover series with be "reimagined" for a time America needs it most. Here's a note from the producers: "In a time when America stands divided and the future seems uncertain, a team of five brave men will try to bring us closer together with laughter, heart, and just the right amount of moisturizer." While the central message of the show remains similar to its original, there are a handful of changes. Brace yourselves.

Don't freak out just yet. While the report claims Netflix is casting for a new Fab Five (with ridiculously fab designer shoes to fill), some of the original members — Kressley, Jai Rodriguez, Ted Allen, Kyan Douglas, and Thom Filicia — may still be involved. There's no denying that Kressley and his team became the face of the iconic show, which moved mountains in terms of making the gay community more mainstream.

After all, Kressley did seem super enthusiastic about it when speaking with Andy Cohen.

Tonight, I will pray on my best moisturizer that Kressley and the original Fab Five reunite for fans, because that's the only thing that could make this news more amazing.

More like this
A New 'And Just Like That' Table Read Pic Confirms A Key Character's Return
By Jack Irvin and Grace Wehniainen
The Best 'Grey's Anatomy' Intern Moments, From MAGIC to Glasses
By Grace Wehniainen
24 Years Ago, 'Friends' Dropped Its Most Underrated Ross & Rachel Episode
By Grace Wehniainen
Netflix Reveals First Look At Wednesday In The 'Addams Family' Spinoff Series
By Bustle Editors
Get Even More From Bustle — Sign Up For The Newsletter