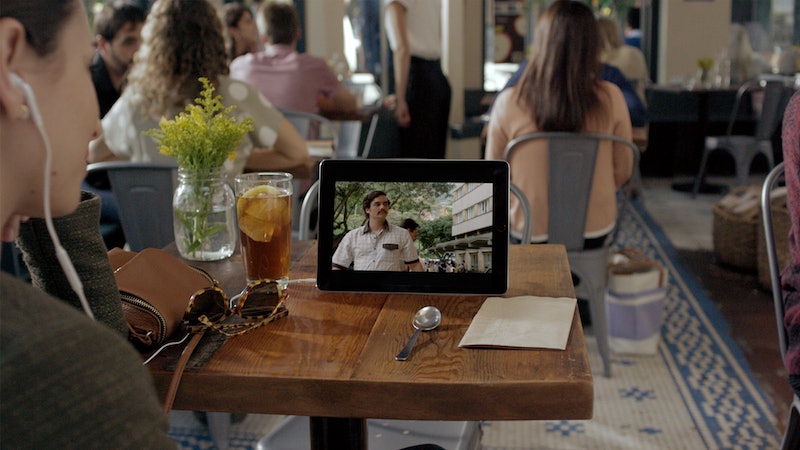 Netflix users fall into two distinct camps. One half spend a good half hour scrolling through the platform in an attempt to find something to watch. The other half know exactly what they came for and make a beeline for it. If you fall into the former portion, you may be pleased to know that Netflix is trialling a new feature in the UK — and it's set to make your life a whole lot easier.

The hugely popular streaming service is trying out a weekly top 10 list. It will show users which shows and films have been viewed the most over the past seven days. The point, according to Netflix executive Greg Peters, is to allow people to "participate in [a] public conversation," reports the BBC. So if you were left in the dark over the Bird Box meme saga or couldn't keep up with the mania surrounding Sex Education, the lists will guide you on what to watch and when.

Initially, the UK will be the first and only country to see the change. The trial will last for "a few months," Netflix CEO Reed Hastings wrote in a recent letter to investors, reports Verge. If it goes well, the top 10 feature may be rolled out across the world. And if it doesn't, it's back to the drawing board.

Tech devotees are already labelling the move as a pretty big deal. Up until now, Netflix has been rather secretive about viewing figures, leaving everyone to assume that the most popular content is the stuff that's most talked about on Twitter. The weekly list should give a much clearer idea.

But one expert believes the top 10 will be biased in order to back Netflix's increasing spend on original content. "The point of the release of this data isn't for granular understanding as to what people are actually watching on the service. It is for promotional purposes," Tom Harrington from Enders Analysis told the BBC.

"The list will disguise what is actually watched on the service, which is predominantly acquired content. It will likely be dominated by newly-released originals; the demand for which often quickly declines soon after release."

Whether that's true or not, the trial — which is expected to start in the next two months, according to the BBC — will be a godsend for anyone who currently feels overwhelmed by the high number of options. After all, many people already rely on advice from family and friends. The upcoming list is essentially an automated version of IRL conversations. Perhaps it will even signal the end of Netflix's questionable recommendation algorithm.

If it does improve the viewing experience, it will go some way to supporting the service's price increases. As The Sun reports, Netflix will be charging customers in the U.S., Brazil, Mexico, and some parts of Europe more in the future. In March, UK users noticed strange pricing plans. While the premium version currently costs £9.99, a few customers spotted prices of £10.99, £11.99, and £12.99. Netflix confirmed to The Sun that it was testing higher fees.

All in all, it's still not a huge price to pay for hours and hours of TV gold.