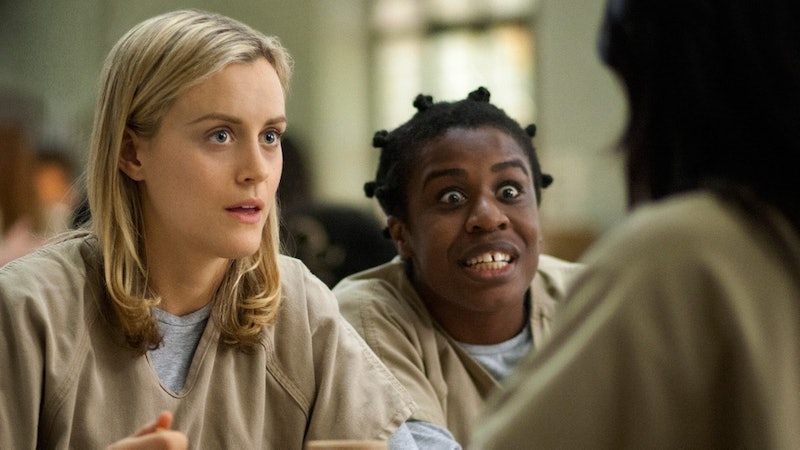 After releasing a string of successful original content over the past year, including the documentary series The Disappearance of Madeleine McCann, and the Academy Award-winning film Roma, it's fair to assume that the streaming platform Netflix has never been more popular. Subscribers currently have access to the platform's impressive and ever-expanding catalogue for a price ranging between £5.99 and £9.99 a month, depending on their package, but now there are reports that those prices may be set to rise. So, will Netflix UK prices be increasing anytime soon?

According to Digital Spy, the price of a Netflix UK Premium package — which includes access Ultra HD shows and movies, and allows users to use four screens at the same time — may soon be changing from its current £9.99 per month figure. The streaming service has confirmed that price increases are currently being tested for UK customers, and it appears that some new customers are already being hit with higher fees. According to the Mirror, on Wednesday, March 20, people in the UK were seeing an inflated range of prices ranging between £10.99, £11.99, and £12.99 for the same Premium package.

The Basic and Standard Netflix packages will usually set you back £5.99 and £7.99 per month, respectively. However, prices for these packages have also been increased. It is reported by the Mirror that some believed the price increases were a technical glitch, but Netflix quickly swooped in to state that the higher prices were part of a test to figure out how the service is valued. Netflix also pointed out that it doesn't mean prices will permanently increase.

"We are testing slightly different prices to better understand how members value Netflix. Not everyone will see this test and we may never roll out these specific prices beyond this test ... Our goal is to ensure that Netflix is always great value for money."

This is not the first time the streaming service has experimented with raising prices. According to the BBC, Netflix increased prices in the U.S. back in January, which led to speculation that UK subscribers could soon be expecting the same. However, Netflix attempted to play down the rumours, and a spokesperson for the company said: "Price increases are specific to each country and the U.S. increase does not influence or indicate a UK price change."

If Netflix did decide to implement price changes in the UK, the £12.99 Premium package would become more expensive than the colour TV licence, which currently costs £150.50 per year (£12.54 per month), Digital Spy reports.

One reason for the potential price increase could be down to an influx of new competition in the streaming world, seen with the announcements of brand new streaming platforms such as BritBox and Disney+.

According to the Metro, Disney CEO Bob Iger has previously revealed that, once Disney+ launches later in 2019, the company's animated classics will all be available in one place for the first time ever. When discussing what audiences can expect from the upcoming Disney+ service, Iger revealed: "The service, which I mentioned earlier is going to launch later in the year, is going to combine what we call library product, movies, and television, with a lot of original product as well, movies and television."