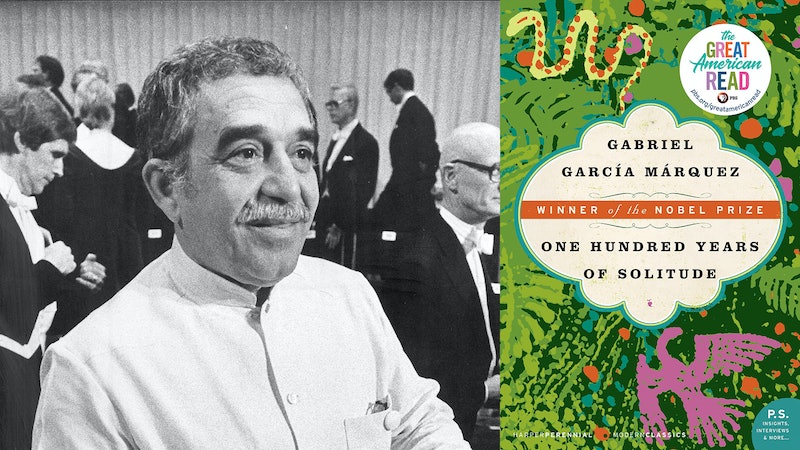 One of the 20th century's most beloved books is finally getting a screen adaptation. Gabriel García Márquez’s One Hundred Years of Solitude is coming to Netflix — marking the first time the 400-plus-page novel has been adapted for television or film.

First published in Buenos Aires, Argentina as Cien Años de Soledad in 1967, One Hundred Years of Solitude tells the story of the Buendía family, whose patriarch, José Arcadio Buendía, founds the town of Macondo, Colombia. The novel follows the family for decades, as their sheltered town becomes exposed to Colombia's political upheaval, and its residents' actions cause temporal ripples that affect the generations to follow.

García Márquez's second novel, One Hundred Years of Solitude is perhaps the author's best-known work, rivalling his 1985 novel, Love in the Time of Cholera. According to Vanity Fair, "By the time García Márquez was awarded the Nobel Prize, in 1982, [One Hundred Years of Solitude] was considered the Don Quixote of the Global South, proof of Latin-American literary prowess."

In spite of the book's fame, García Márquez resisted attempts to adapt the novel in his lifetime. His son, Rodrigo García, told The New York Times that "his father was concerned that the story would not translate well or fit within a single movie (or even two)." The Times reports that "García Márquez was also committed to the story being told in Spanish, so many offers were 'non-starters' to him."

Acknowledging the late author's concerns, Netflix's adaptation of One Hundred Years of Solitude will take the form of a Spanish-language series. It will be the first major adaptation of García Márquez's work since his death in 2014 at the age of 87. The author's sons, Rodrigo García and Gonzalo García Barcha, will serve as executive producers. Rodrigo García said in a statement, reported by Entertainment Weekly, that "in the current golden age of series, with the level of talented writing and directing, the cinematic quality of content, and the acceptance by worldwide audiences of programs in foreign languages, the time could not be better to bring an adaptation to the extraordinary global viewership that Netflix provides."