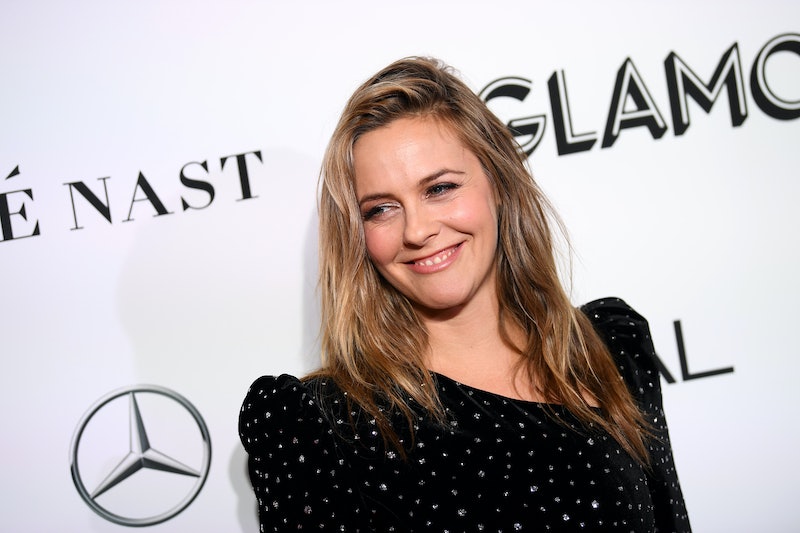 Listen people everywhere, ho nah nah nah hey! Word has just spread that Netflix's adaptation of The Baby-Sitters Club has cast Alicia Silverstone and Mark Feuerstein in two pivotal roles. According to Entertainment Weekly, Silverstone is set to play Elizabeth Thomas-Brewer, the mother of Kristy Thomas and Feuerstein will portray the role of her love interest Watson Brewer. Those familiar with the Baby-Sitters Club franchise, know that these two provide a great deal of support for Kristy, who serves as one of the central leaders of the babysitting group. So while the main focus will of course be on the iconic teen girls, Silverstone and Feuerstein are sure to leave a prominent mark on the project as well.

The show is based on Ann M. Martin's book series of the same name, which follows the lives and friendships of Stoneybrook's finest babysitters — Kristy Thomas, Mary Anne Spier, Claudia Kishi, Stacey McGill, and Dawn Schafer — as they attempt to navigate their teen years together with a few adventures thrown in along the way. The stories and characters have become household names for children over the years since the four-book series launched back in 1986. Since then, it has gone on to receive several adaptations, including a 13-episode TV show on HBO that aired back in 1990, as well as the 1995 feature-length film, which starred the likes of Schuyler Fisk as Kristy, Rachel Leigh Cook as Mary Anne, Tricia Joe as Claudia, and Bre Blair as Stacey.

Now it's Netflix's turn to have a go at the franchise and make us all nostalgic for our youth and the friendships we were positive would last forever. The series was granted a straight-to-series order by the streaming platform and will consist of a total of 10 half-hour episodes.

"The themes of The Baby-Sitters Club ​still resonate 30 years after the original book series was released, and there has never been a more opportune time to tell an aspirational story about empowering young female entrepreneurs," Melissa Cobb, Netflix's Vice President, Kids and Family said in a statement about the new series as per The Hollywood Reporter. "Together with Ann M. Martin and the team at Walden Media, our ambition is to contemporize the storylines and adventures of this iconic group of girlfriends to reflect modern-day issues."

The book series' author, Martin, will also serve as executive producer for the project and is eager to introduce new versions of these characters to the next generation. She stated, as per THR:

"I'm amazed that there are so many passionate fans of ​The Baby-Sitters Club​ after all these years, and I'm honored to continue to hear from readers — now grown, who have become writers, editors, teachers, librarians, filmmakers — who say that they see a reflection of themselves in the characters of Kristy and her friends. So I'm very excited about the forthcoming series on Netflix, which I hope will inspire a new generation of readers and leaders everywhere."

And now that Silverstone is part of the fold, this new series just got even better.

So whether you read the books as a kid or are only now becoming familiar with the franchise, the lessons it teaches are timeless and proves that nothing can beat the power of sisterhood.